Peshawar blast: 'It seemed as if the sky had fallen on the ground' 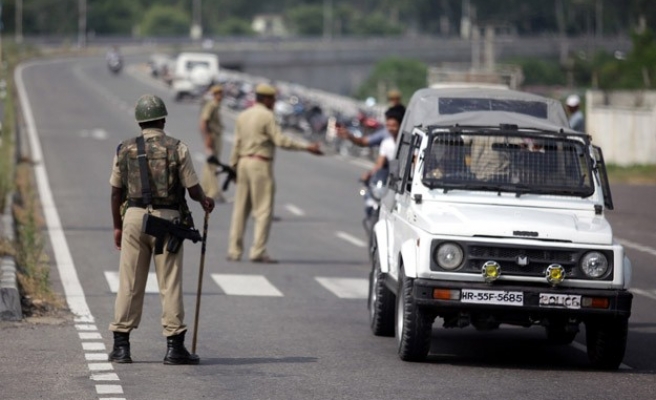 Usman Bacha was inside his shop in Peshawar's historical Kissa Khuwanoi bazaar when a powerful blast rocked the area on Sunday.

"It seemed as if the sky had fallen on the ground," Bacha, a salesman, told Anadolu Agency while lying on a bed in overcrowded hospital room.

"The intensity of the blast was too huge as I was tossed in the air and fell various meters away," he added.

At least 39 were killed and 75 were injured after a powerful blast rocked a police station in the northwestern city.

Police say a bomb was planted in a car parked near the police station that seemed to be the target of the blast.

"Many of the injured are still in precarious condition, which may further raise the death toll," Peshawar Commissioner Sahibzada Anis told reporters.

"The first thing that came to my mind was that I had lost my eyesight as I could not see anything for 2-3 minutes," said Bacha, who sustained injuries in his back and thighs.

He was brought to the hospital on a private car by a local resident who ran to the site to help rescue workers after the blast.

"Many people, both dead and injured, were lying around me," Bacha said.

"I just could not figure out what was happening before some people lifted me and put me in a car."

Rescue workers and area people are still engaged in removing the rubble of shops, buildings and vehicles that were badly damaged by the massive blast, the third in a row in last one week.

Imtiaz Hussein, a local journalist, said most of the deceased belonged to the low-income bracket like shoe-makers and painters, who were sitting on footpaths and corner of the road awaiting customers.

"The site hit by the blast is also famous for being a late breakfast venue on Sundays where Peshawaris come to buy traditional Halwa puri and Paratha (traditional local food) for breakfast," he told AA.

"It was painful to see the pieces of flesh and organs of the people who came here to earn their livelihood but could never return," added a somber Hussein.

On Saturday a bus blast killed 20 government employees, and a deadly suicide attack on a church last Sunday killed 83 people.