Problems with neighbors a chronic obstacle for Macedonia

Macedonia has failed to form successful relationships with neighboring. 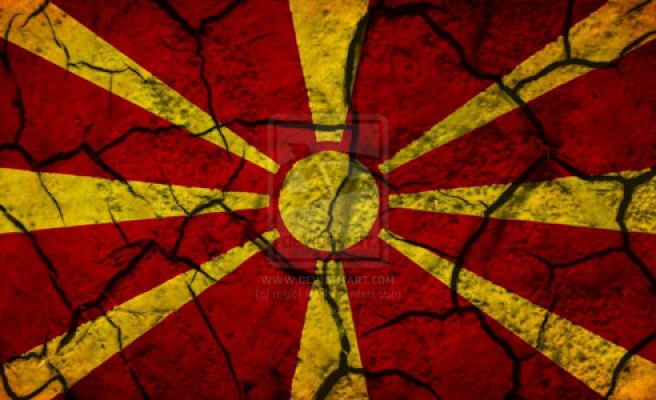 Since gaining independence from Yugoslavia twenty-two years ago, Macedonia has failed to form successful relationships with neighboring. The governments have failed to generate long-term resolutions to some chronic problems.

One of the most prominent and probably the most internationally well-known debate concerning Macedonia is the confrontation with Greece over the country's name. As Greece also has a province called Macedonia within its boundary, Athens considers the existence of a independent nation-state with the same name as a threat against its territorial integrity. Thus Greece refused to recognize Macedonia with its constitutional name - the Republic of Macedonia - and the latter had to change its name and flag as a result of Athens' pressure in 1993. It became a member of the United Nations in 1993 but it was admitted under the provisional reference of the former Yugoslav Republic of Macedonia.

In 1995 Greece and Macedonia signed an agreement in which Greece assured that it would not prevent Macedonia's integration into any international organization with its recognized name. Despite this, the two nations were unable to arrive at any long-term solution so the UN assigned a special envoy for mediation in 2008 with the aim of ending the naming dispute. Seeking to overcome the deadlock, the two nations have continued the negotiations with the mediation of Mathew Nimetz, the UN envoy.

Greece is not the only neighbor with which Macedonia has troubling relations. Its quarrel with Bulgaria dates back to centuries ago. Describing Macedonians as the 'assimilated Bulgarians', the nationalist rhetoric in Bulgaria prefers to categorize Macedonian language as a sub-dialect of Bulgarian. Some Bulgarian nationalists also claim that a number of national days and holidays in Macedonia are associated with ancient Bulgarian history. Several accusations of discrimination against ethnic Bulgarian citizens in Macedonia have been directed at the Macedonian authorities. Using their EU membership as a trump card against Macedonia, the Bulgarian government insists on signing an agreement with its neighbor as a pre-condition to Sofia's support of a Macedonian bid to join the EU.

Another cause for concern for Macedonia is their depleting relationship with Serbia.. The disagreement between Serbia and Macedonia finds its roots in a religious dispute. Over the course of history, the church that Macedonians are loyal to has changed many times. In the twentieth century they were linked to the Serbian Orthodox Church, but later the Bulgarian Orthodox Church claimed control over the Macedonian orthodox population in 1941-1945 during the Bulgarian occupation.

It is not that Macedonia has a problem with its neighbors, but the neighbors have a problem with Macedonia. Problem which originated 1913 when they thorn to peaces Macedonia like hyenas, instead of freeing Macedonia in 1913 and give the Macedonian people chance to prosper. Neighbors are afraid that they will need to return back the stolen goods. simple as that.

Actually it is Bulgaria and Greece who have systematically falsified history and assimilated ethnic Macedonians. To this day in Greece it is illegal to have a Macedonian first name. In the 1946 Bulgarian census 252908 people declared themselves to have Macedonian ethnicity. Bulgaria and Greece use every tactic in the book to smear reality

A Macedonian - 7 yıl Before

Under the Ottomans Macedonians had more rights than in Greece or Bulgaria today.

Nothing has changed for 1,000's of years. In Ancient times, King Philip of Macedon(Kingdom NOT a city state) had to go to war to establish his nation and the funny thing is the place with the most hate was Athens. What do you know its 2013 and look who has biggest problem with Macedonia. The fear with Athens is in 1912 it signed an official document with neighboring countries to divide Macedonia.

The former Yugoslavians are in no shape or form "ethnic" macedonians. They are mostly direct descendents of people that self-identified as ethnic Bulgarians prior to Yugoslav commuinsts. Virtually all their "Macedonian" national heros are actually Bulgarians. The former Yugoslav republic isn't even situated in the original Kingdom of Macedonia (located entirely in Greece). Its located in Paeonia

...in fact, it's nothing short of a "miracle" that Macedonia been able to survive among such vulturous neighbours. They say history tends to repeat itself and it looks like Macedonia's neighbours are trying to make it disappear once more, just like they managed to do in 1913.