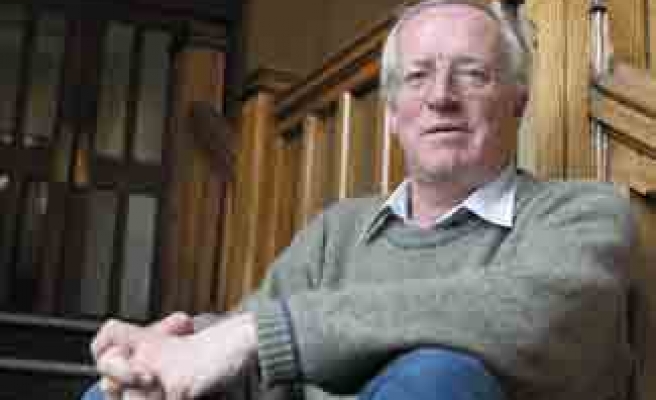 An award-winning British journalist speaking in Istanbul has described how Egypt faces internal divisions unparalleled in the 40 years he has spent reporting from the country.

Robert Fisk, senior Middle East correspondent for the UK's Independent newspaper was in Istanbul for a media conference organized by the Al Sharq Forum, a Middle-Eastern think-tank.

Primarily based in Beirut, Fisk is a multi-award winning reporter and he is one of the few Western journalists to have interviewed former al-Qaeda leader Osama bin Laden, something he did on three occasions between 1993 and 1997.

In an interview with The Anadolu Agency, Fisk revealed how much he is baffled by Egyptian people’s reaction to each other after the coup against the country’s first democratically elected president, Mohamed Morsi of the Muslim Brotherhood, by narrating an incident that happened to himself in a mosque in Egypt.

'Egyptians have never been so divided'

"I was in a mosque in Cairo counting corpses of Muslim Brotherhood [supporters] shot dead by the police and I very struck by young soldier who asked me 'why do you care about these people?' I said 'they are your own Egyptian people', and he said 'they are not'."

"The tragedy in Egypt is that Egyptians in modern history are divided for the first time. I have been travelling to Egypt for almost 40 years and I never saw Egyptians divided like this before."

Touching upon General Abdul Fattah al-Sisi's bid for the Egyptian presidency at elections to be held May 26-27, Fisk said people in Egypt who got poorer since the fall of President Hosni Mubarak have been left with no choice aside from the military leader.

"When people get poor and can’t feed their families they tend to revert a picture of father-uncle figure thinking system. They look for father figure that will take care of them. When people feel impoverished they look for a father figure. Sisi surely realized that he could be that."

He also said that as long as Sisi "protects" the Israeli/Gaza border it is okay with the United States whether Egypt is ruled by the military or someone else.

When questioned about Syria, Fisk said the civil war would continue for another three-to-four years, adding that Syrian army will play a major role in Syria’s future.

Noting that the "Islamization" of the opposition in Syria has frightened the rest of the world, Fisk said there was a time when President Obama and French and British foreign ministers were all demanding that Assad should go.

"However, they haven't said that for a very long time now because they are not sure what the alternative to Bashar al-Assad is now. The best propaganda is the Islamization of the opposition, because Assad knows that the Americans, British and French are not going to support them."

Fisk also said Syria is not going to turn into an Islamic state, adding that the real conflict between the East and the West is because of the fact that the West largely lost its faith.

"If you don't read books you can't reflect on things. The other problem with social media is the degree of the hatred on the Internet. There is quite an amount of vicious hatred against individuals on the Internet. I have got quite a lot of threats against me on websites. We know people in Europe commit suicide because of the hatred they get from websites," he added.

Robert Fisk was in Istanbul for a conference called 'Future trends of media' organized by the Al Sharq Forum between 5-6 April. He was speaking alongside former director general of Al-Jazeera Wadah Khanfar, the founder of the Al Sharq Forum.