Independent journalist and writer Fisk wrote: "Muslims who won power, fairly and democratically through the common vote, have been hurled from power" 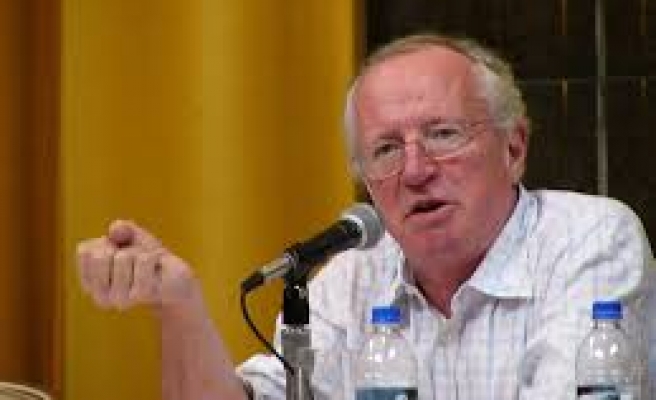 Middle East correspondent of the British paper Independent, Robert Fisk analyzed the political implication of the massacre in Egypt.

In his article titled "Cairo Massacre: After Today what Muslim will Trust in Ballot Box Again" Fisk claimed that the massacre in Egypt on Wednesday leaves Muslims helpless in trusting the ballot box. In other words, the violence against the anti-coup protests in Egypt will make Muslims lose their trust in democratic values and elements such as elections and ballot box.

Criticizing position of Western politicians, in his article Fisk stated that what happens in Egypt “is not Brotherhood vs army though that is how our Western statesmen will mendaciously try to portray this tragedy,” but it is a hurl of army over the civilian demanding that they, not their leaders, own their own country.

Claiming that the violence in Egypt has created a cruel division within Egyptian society that will take years to heal Fisk added:

“Muslims who won power, fairly and democratically through the common vote, have been hurled from power. And who can forget our vicious siege of Gaza when Palestinians voted – again democratically – for Hamas? No matter how many mistakes the Brotherhood made in Egypt – no matter how promiscuous or fatuous their rule – the democratically elected president Mohamed Morsi was overthrown by the army.”

In the article Fisk implied that the support to General Al-Sissi was the main cause impeding the chaos. Saying that “every violent incident in Sinai, every gun in the hands of the Muslim Brotherhood will now be used to persuade the world that the organization – far from being a poorly armed but well-organized Islamist movement – was the right arm of al-Qa’ida,” Fisk emphasized that the chaos impeded by the army will be counted on the Brotherhood and made use of the conflict in delegitimizing the movement.

Touching upon resignation of el-Baradei, Fisk continued “He had to go, for he never intended such an outcome to his political power gamble when he agreed to prop up the army’s choice of ministers after last month’s coup.  But the coterie of writers and artists who insisted on regarding the coup as just another stage in the revolution of 2011 will - after the blood and el-Baradei’s resignation – have to use some pretty anguished linguistics to escape moral blame for these events.”

Fisk concluded that something died in Egypt. Not the revolution, for across the Arab world the integrity of ownership – of people demanding that they, not their leaders, own their own country – remains, however bloodstained. Innocence died.

Robert Fisk a long time journalist on Middle Eastern affairs is very right in his analysis of the Egyptian army fiasco.

HOW would muslims lose votes caus f the violenc against anyi-COUP protest .. while anti-coup protest are standing bisids muslims AND they are beind shoted by security forces ?!! it dosent make sense !