The pipeline fell victim to opposition from the European Commission, which had forced Bulgaria to put construction work on hold, as well as to stalling European demand for gas and plunging energy prices. 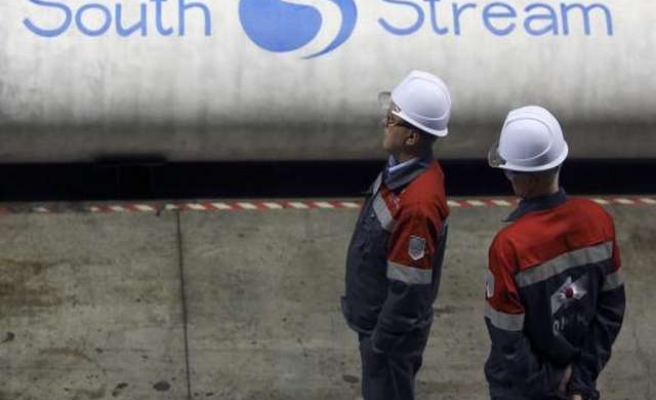 The European Union's diplomatic victory in forcing the Kremlin to cancel its South Stream pipeline also gives Brussels a headache: how to come up with an alternative source of secure gas supply for south-eastern Europe.

Though it became politically toxic after the crisis in Ukraine, the pipeline made sense for countries such as Serbia, Bulgaria and Hungary because it offered a supply of gas that did not pass through Ukraine and so was at less risk of disruption.

Other ideas have been floated that would give south-eastern Europe those secure alternative supplies, but none are as far advanced as South Stream, leaving the countries in the region to face several years of uncertainty.

"Would it have been better had we had South Stream? Absolutely?" Serbian Prime Minister Aleksandar Vucic was quoted as saying by state television. "We are paying the price of a conflict between big powers."

Russia said on Monday it was scrapping South Stream. The project would have transported Russian gas under the Black Sea, making landfall in Bulgaria and then passing through Serbia and Hungary into Austria.

The pipeline fell victim to opposition from the European Commission, which had forced Bulgaria to put construction work on hold, as well as to stalling European demand for gas and plunging energy prices.

"The decision shows that the outside world does have an impact on Russia, and probably a bigger one than Russia would like to admit," said Vaclav Bartuska, the Czech government's ambassador for energy security.

But the decision was less welcome further south, among the countries that depend almost entirely on imported Russian gas which is shipped to them via Ukraine.

For them, South Stream was an insurance policy against a repeat of January 2009, when a pricing dispute stopped gas transiting Ukraine, leaving them with fuel shortages in sub-zero winter temperatures.

At the time in the Bosnian capital Sarajevo, there was panic buying of electric heaters, while in Bulgaria, schools and kindergartens closed because they had no heating.

"It's a lose-lose for everybody. There is a bunch of countries, which really have a security of supply problem," an EU source, who did not want to be identified, said of the decision not to go ahead with South Stream.

In Bulgaria on Tuesday, some officials appeared to be clinging to the hope that South Stream was not dead, and that a compromise solution could still be reached.

Economy Minister Bozhidar Lukarski told reporters: "South Stream should not be considered suspended until Russia comes up with an official statement on the matter."

South Stream also offered countries along its route - all of them struggling with budget deficits - the prospect of much needed transit fees, and jobs from construction.

The focus in many states is now turning to what could fill the supply gap left by South Stream.

The most viable Western-backed option, the Nabucco pipeline to bring gas from the Caspian Sea through Turkey to Bulgaria and on to Austria, was shelved in part because there was not enough demand to sustain both it and South Stream.

A solution on the agenda now is a proposal to link up Slovakia's gas hub - which is fed by supplies from a variety of sources - to the Balkans by running a pipeline across the south-western corner of Ukraine and through Romania to Bulgaria.

"Given the circumstances it is the economically and strategically best solution available," Tomas Marecek, chairman of Slovak pipeline operator Eustream, told Reuters.

A proposal to build a liquefied natural gas plant on the Croatian island of Krk is coming into renewed focus. Tankers carrying Qatari, Algerian or eventually U.S. gas would unload there, and the gas could be shipped on to Hungary and the rest of the Balkans. The U.S. government is a supporter.

"The new development (cancelling South Stream) certainly increases prospects for the Krk terminal to be implemented as a viable alternative supply route," a Croatian economy ministry source said on Tuesday.

A third option is the Trans-Adriatic Pipeline (TAP). Like Nabucco, it is intended to bring gas from Azerbaijan's Caspian Sea fields through Turkey and on to Europe. The TAP consortium declined to comment.

Kristalina Georgieva, the European Budget Commissioner, said on Tuesday the EU would speed up work to help provide more energy security for south-eastern Europe, including by financing gas connectors between Bulgaria, Romania and Greece.

Brussels will need to respond quickly because south-eastern Europe will now look to it for help, especially since the EU played a big role in killing off South Stream.

"The onus will be on Europe," said Emily Stromquist, head of Russian energy analysis at Eurasia Group, a political risk research firm.