Spanish princess to appear in court for tax fraud

Spain's Princess Cristina will appear in court on Saturday charged with tax fraud. 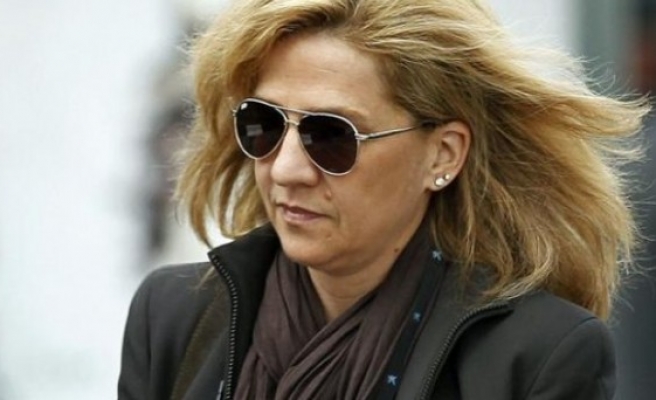 When Spain's Princess Cristina appears before a judge on Saturday for questioning on corruption charges, it will be the biggest victory yet for anti-graft crusader Miguel Bernad, a lawyer who has pursued bankers, politicians and now the royal family.

Operating out of a one-room office in Madrid, Bernad's Clean Hands group - a loose association of lawyers - has waged a very personal war against corruption, forcing judges to investigate politically sensitive cases that may have otherwise languished.

Judges can choose whether or not to act on such complaints, and not every accusation by Clean Hands, "Manos Limpias" in Spanish, has led to a judicial investigation.

But many have, and the group has become key to prosecuting high-level corruption cases involving politicians, labour unions and Spain's biggest failed lenders, where public prosecutors have moved slowly or not brought charges.

By forcing such cases forward, Bernad has spurred Spain's fight against corruption, which often gets bogged down in the country's justice system.

As their country struggles to emerge from a deep economic malaise, opinion polls show graft is a top concern for Spaniards. Corrupt land development deals and kickback schemes helped to inflate property prices and public spending, eventually plunging Spain into a deep crisis.

Clean Hands' allegations against Princess Cristina, King Juan Carlos's younger daughter, have notably led to the first ever prosecution of a member of the Spanish royal family.

In accusing the princess of crimes, Bernad has clashed with the public prosecutor's office, which has declined to pursue the case, arguing there is no evidence of criminal activity.

Examining Magistrate Jose Castro - who has a dual role as prosecutor and judge - overrode objections from the prosecutor and brought preliminary charges based on his own probe and that of Clean Hands.

"This case will be a major landmark ... If she is convicted because we can prove she committed crimes, it will show Europe and the world that no one is above the law," Bernad told Reuters in an interview.

The princess, 48, faces preliminary charges of tax fraud and of laundering money through a shell company set up by her husband Inaki Urdangarin, whose title is the Duke of Palma.

Urdangarin himself faces multiple corruption charges including embezzling 6 million euros by overcharging local governments for putting on conferences about sports and business, then allegedly hiding the proceeds abroad.

According to data from the Spanish General Council of the Judiciary, 1,661 corruption and financial crimes cases are under investigation in Spain. The sheer quantity shows the country is advancing in the fight against graft, the European Commission said in its 2014 corruption report.

However, the report released earlier this week also said that corruption cases took too long to investigate and go to trial. Several prominent cases have taken more than a decade to lead to convictions, and even longer for sentencing.

And Spanish legal experts say public prosecutors are not independent enough and have failed to launch investigations in some cases, leaving activists such as Bernad to fill the vacuum.

"When a prosecutor thinks his career could be jeopardised he won't investigate. The people's accusation is the last resort to get cases opened," said Andres Herzog, a lawyer and politician from the Union for Progress and Democracy political party, which has used such claims to go after bankers accused of mis-selling complex debt instruments.

Bernad said he was frustrated by the lack of action against corruption he saw in Madrid city hall, and formed his association in 1995, inspired by a nationwide corruption investigation in Italy known as Mani Pulite, or Clean Hands.

Bernad says about 32 lawyers do pro bono work for the organisation around Spain, and a few thousand members pay dues, giving the association an annual budget of some 50,000 euros.

Spanish media refer to Clean Hands as an ultra-rightwing group, but Bernad says that is an unfair characterisation.

His office is decorated with Spanish flags and he describes himself as a conservative without any political affiliation. He says his beliefs have evolved since what he called an eight-month association with a now defunct extreme right party.

"They can't accuse us of being rightist or leftist or centrist because we've filed complaints against the right, the left, the (Basque) nationalists, against everyone and anything that damages the public interest," he said.

He points to a large photo of King Juan Carlos on his wall as proof his sympathies do not contaminate his legal battles.

In using the people's accusation, Bernad has latched onto a potent tool enshrined in Spain's 1978 constitution as a guarantee of democracy. In the past, lawyers used it to get convictions against a Socialist interior minister and law enforcement officials who ran the so-called GAL death squad in the 1980s to combat violent Basque separatists.

"The people's accusation has been absolutely key in difficult cases," said Jose Luis Galan, one lawyer on the GAL case.

Judges can take into account investigations by private parties that file such complaints. In bringing preliminary charges against Princess Cristina, Castro referred repeatedly to the accusations made by Clean Hands as well as his own probe.

In a 200-page ruling Castro said there was evidence she had paid for dozens of personal items - from Harry Potter books to dance classes - out of a shell company he said was used to launder proceeds from Urdangarin's non-profit Noos Foundation.

He ordered Princess Cristina, who lives in Switzerland where she works for a charitable foundation, to appear on Feb. 8 before his court in Palma de Mallorca, the capital of the Balearic Islands, where Urdangarin's foundation put on events.

He is expected to ask her dozens of questions in a closed-door hearing where she will be accompanied by her lawyer, who says she will be proven innocent.

Public opinion of the royal family has sunk to an all-time low over the case.

After the hearing Castro will continue his probe and either formalise the charges and proceed to trial or drop the charges.

The judge himself has said he may not be able to prove that the princess evaded more than 120,000 euros a year in taxes - the threshold between a felony and a misdemeanour.

But as a party to the case, Clean Hands would have to sign off on any plea to a lesser charge.