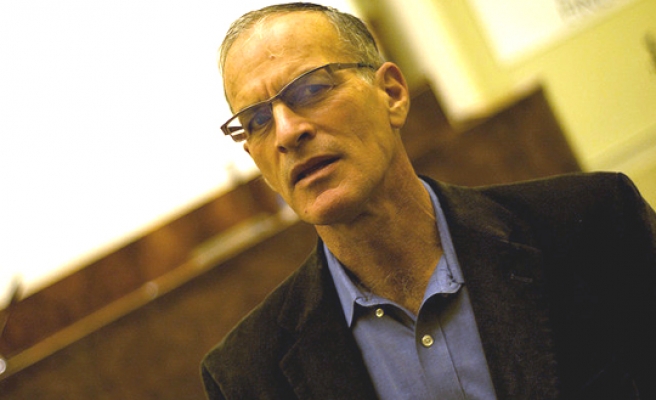 Norman G. Finkelstein is a well-known American author of Jewish origin, and gained recognition (and caused the reaction against himself by “Israel lobby”) for his works on the Israel-Palestine conflict. He has been commiting himself to Palestine cause for 30 years. He has been opposing against “The Holocaust Industry” for 30 years.

Finkelstein is best known for his famous book ‘The Holocaust Industry’, which claims that the holocaust was misused by the US and Israel to legitimize their politics.

He has answered the questions briefly for World Bulletin.

What makes you that much careful and motivated for Palestine issue? You could have chooses much more comfortable academic life and nobody would be expecting you to take a side beside Palestinians. Why did you take all this risk?

I do not choose political causes on the basis of whether or not they cause me inconvenience.  I was involved in many political struggles in my youth (for example, Vietnam, Civil Rights Movement, Central America, the rights of farmworkers).  In June 1982, when Israel invaded Lebanon, I got involved in the Palestinian struggle.  I am not a quitter.  Until the conflict finds a just resolution, I will continue to support Palestinian rights.  If and when the Palestine struggle ends, and if I am still alive and in reasonable health, I will commit myself to another cause.

You have choosed harder way and telling truth about Palestine problem. It is something like standing against storm. How did your choice change your academic life? Have you or your books etc. faced with huge isolation?

I was never a big success in academia.  I was not a brilliant student, and I did not fit well in academic life.  I wanted to be a revolutionary, not a professor.  But the revolution never happened, and so I chose to teach.  I was a successful teacher and published several books.  Once I started to draw large audiences when I lectured on the Israel-Palestine conflict, and it appeared that I was competent in my knowledge of the subject matter, the Israel lobby (powerful Jewish organizations and individuals) sought to remove me from academic life.  Ultimately, they succeeded.

Of course many Muslim youngsters admire you and they are proud of your stand. Can they show or express it well? How are the feedbacks from the Muslim youth?

I receive many emails from Muslim youth and encounter many Muslim youth in my travels.  They are almost always respectful, intelligent and insightful.  There's a huge reservoir of untapped talent in the Muslim world and among Muslims living abroad.  The tragedy is that this talent is not being used to democratize and develop the Arab-Muslim world.  If that part of the world ever finds peace and justice, based on my knowledge of Muslim youth, I am certain that the Arab-Muslim world will be in the top rank of global achievement.

Are you hopeful about Palestine issue after last summer? What do you expect for Palestine occupation"a future? How will it end?

The future is as bright or as bleak as the Palestinian people make it.  I am a nonbeliever but I do believe the adage, God helps those who help themselves.   If the Palestinians find the right leadership, if they organize mass nonviolent resistance, and if the Palestine solidarity movement abroad supports this resistance, Israel can be forced to withdraw from the territories it illegally occupies.  But I do not believe that Palestinians can achieve much through diplomacy or armed resistance.

What is your thought about Hamas and Hezbollah? It is really remarkable that you could speak about them very very clear before and showed everybody how much ridiculous to defend Israel by saying "but Hamas did it... But...But..."

One must make a distinction between what an oppressed people has a right to do and what it should do.  Palestinians (like every other people) have the right to use armed force in order to end an illegal occupation.  However, that doesn't mean armed resistance is the most effective tactic.  In the case of Lebanon, I do not believe that mass nonviolent resistance could have forced an Israeli withdrawal from the territory it illegally occupied in the south.  Hezbollah's armed resistance was the most effective tactic.  However, in the case of Palestine, armed resistance has not and, in my opinion, cannot work.

Thanks a lot Mr. Finkelstein. Hope to see you again.