The dreams of Syrian refugee children in Bulgaria

In Sofia, at the Red House Culture and Panel Center, an exhibition has opened with photographs of Syrian children living in refugee camps. The children’s dreams were mentioned in the exhibition, wrote Sevda Dukkanci. 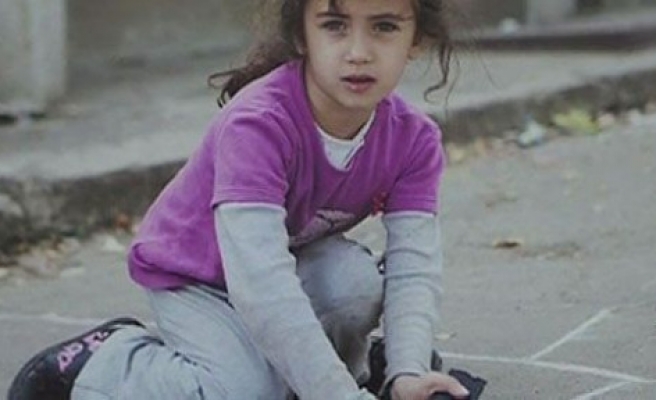 In Sofia, at the Red House Culture and Panel Center, an exhibition has opened displaying photographs of Syrian children living in refugee camps. At the “I Have a Dream” exhibition, the dreams of the children who have seen the ugly side of war was brought to light.

The dreams of the children in the exhibition is to return to their previous lives before the war. One of the Syrian children, 8-year-old Sandra, narrating her dream said “If I find Aladdin’s magical lamp I’d use it to go and play at the park in Damascus that was near our house, and then when I grow up I’ll make a beautiful garden there”.
“I want to buy new clothes”

For some of the children, they miss the old festivals. “When we were in Syria, during the festivals my dad would buy us new clothes. On the morning of the festival, sweets would be made. In the last festival my dad didn’t have money. For the next festival I want to buy candy and clothes,” said six-year-old Mustafa, who carries the burden of experiencing war within his soul at such a young age.

“I miss Syria and my relatives”

Bulgarian photographer Ilka Antonova and Syrian reporter Nidal Hlayf displayed the lives of the Syrian children living in the Bulgarian camps. 12-year-old Fatima is one of those children. Fatima explained the camp and her experience there with these words:

“The support here is very comforting, but it’s not enough. They treat us kindly and I like them. We really love swimming, playing football and sports in Syria. I really miss my home, friends, bed and relatives in Syria. I came here with my father. Because of the war my father didn’t have a job. Children were dying because of the missiles. This place is nice and I like the Bulgarians.“

They want to hug their mothers

Since March 2011 until now, in the ongoing civil war, over 100,000 Syrians have lost their lives.
Many have become refugees in various places, leaving their country, homes and their lands behind. Alongside the fear within the eyes of the children who have witnessed the horrors of war, they still have hope.
Their dreams are the same as every other child on this planet. They want to finish the games which they left half way, they want to be teachers, go to school and hug their mothers once again.