To deter U.S. from torturing again, those involved should be prosecuted

There will undoubtedly be much debate about its finding that torture did not "work" - that it produced little if any intelligence of value that was not or could not have been obtained by lawful means. 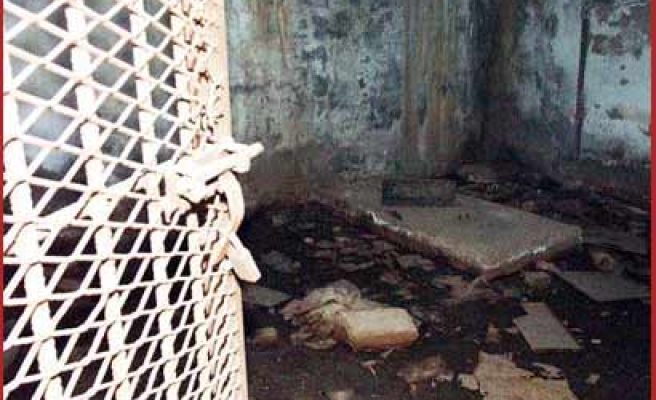 The publication of the long-awaited summary of the Senate Intelligence Committee report on the CIA's torture provides a useful moment to consider the lessons learned from this sorry chapter in American history and the steps that might be taken to avoid its recurrence. With the truth now told about this blatantly illegal policy, President Barack Obama has a chance to reverse his misguided refusal to prosecute the officials who authorized the torture, ending the impunity that sets a horrible precedent for future United States presidents and governments worldwide.

There will undoubtedly be much debate about its finding that torture did not "work" - that it produced little if any intelligence of value that was not or could not have been obtained by lawful means. It is disappointing that the nation must even have this discussion, given the strength of the legal and moral prohibitions of torture and other ill-treatment. The Geneva Conventions, for example, forbid them absolutely, even in time of war. But when facing a serious security threat such as the September 11, 2001 attacks, it can be tempting to rationalize the illegal and immoral as necessary, so this finding is important.

The CIA vehemently contests this conclusion. It insists that torture - or, to use its preferred euphemism, "enhanced interrogation techniques" - did produce actionable intelligence, but of course it cannot tell us the details because they are classified. Yet it should give us pause that a majority of the Senate Intelligence Committee, as well as respected senators on both sides of the aisle, concluded that torture was ineffective, while the greatest proponents of its utility were the torturers themselves. The disputed pragmatic argument provides a weak rationale to breach so fundamental a prohibition as the ban on torture.

The CIA also objects to any after-the-fact suggestion that its enhanced interrogation techniques constituted torture. It argues that it was entitled to rely on legal opinions issued by the Justice Department's Office of Legal Counsel asserting that these techniques were not torture. But the Senate report shows those techniques to have been harsher and more brutal than the CIA revealed at the time, and it has previously been shown that the CIA had begun using many of those techniques even before the OLC opinion.

Moreover, anyone who reads the notorious "torture memos" readily sees them as strained, intellectually dishonest attempts to justify the unjustifiable. Their aim was to lay the foundation for precisely the legal defense to torture that the CIA now advances - that it relied on legal advice from the authorized executive branch office, so it is unfair to second-guess it now. But any soldier in wartime knows it is wrong to follow a blatantly illegal order. The CIA's leadership should have done no less.

Still, it is regrettable that those senior George W. Bush administration lawyers have escaped accountability for their complicity in torture, given their obligation as public officials and their ethical duty as lawyers to uphold the law. Their opinions were not reasonable interpretations of an ambiguous legal provision but a premeditated cover for criminality. At minimum, they should have been disciplined for malpractice, if not prosecuted as accomplices.

Prosecution should also include the senior Bush officials who authorized torture and oversaw its use. To President Obama's credit, he stopped the use of "enhanced interrogation techniques" from the moment he took office six years ago. But he has steadfastly refused to permit a broad investigation of the use of torture after 9/11, allowing only a narrow investigation into unauthorized interrogation techniques that resulted in no prosecutions.

The consequence is more than just a failure of justice. Obama's refusal to enforce this unequivocal prohibition means that torture effectively remains a policy option rather than a criminal offense. The message sent to future presidents facing a serious security threat is that the domestic and international prohibition of torture can be ignored without consequence.

If prosecutions won't be pursued, the least that can be done is to enact policies that would make torture's recurrence less likely. The CIA, with its tradition of secrecy and lack of public accountability, should be taken out of the business of detaining suspects, leaving such matters to the Justice Department (or the military for battlefield captures). When security suspects are detained for interrogation, the International Committee of the Red Cross should be given immediate and regular access without exception; with its tradition of confidentiality, it would not jeopardize sensitive investigations, while its presence would discourage any temptation to torture.

When torture does occur, whistle-blower protection for people who report it should be improved. Victims should be allowed to sue for compensation in U.S. courts, instead of rebuffed because their torture is classified as a state secret. Finally, all agencies should reaffirm the duty not to rely on legal opinions when they are so obviously intended to rationalize the criminal and state unequivocally that following clearly illegal orders is an invalid defense.