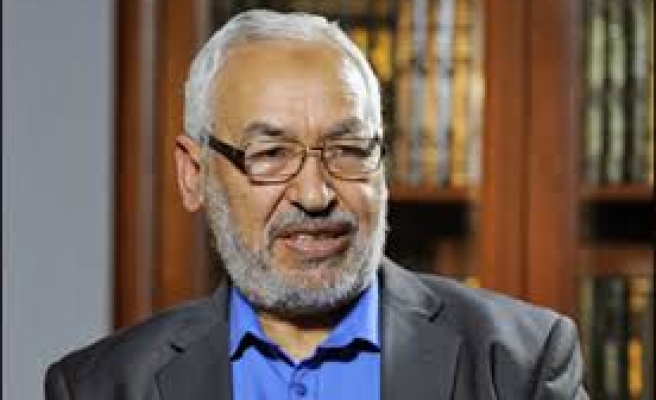 "Without addressing those two challenges the nascent experience of democratic transition in Tunisia faces the risk of abortion," said Al-Ghannouchi.

Al-Ghannouchi says Tunisia needs to fight violence and weapons smuggling "which threaten the stability of the country." As for the economic challenge: he says there has been no real socio-economic change despite economic growth, which increased from -2% to 3.5%. The North African country also still has a high rate of unemployment, despite a decrease from 19% to 15.6 %.

He said that the marginalized regions where the revolution sparkled "still feel there is no improvement."

In 2013, Tunisia witnessed what its President Moncef Marzouki described as "one of the most dangerous years in the modern history of Tunisia.” More than 30 security officers, from both the military and police, were killed in several terrorist attacks.

Al-Ghannouchi said the phenomenon of terrorism is "a complex one and therefore it needs complex solutions." The first of these solutions, he says, is to bolster security and the role of law, while the other is to address socio-economic issues.

"As the majority of the young people who turned into terrorists come from poor and marginalized areas where the rate of joblessness is very high," says Al-Ghannouchi.

The third solution is cultural, which means "establishing a reinterpretation of Islam," he says. "We need to build a national front against terrorism."

The system adopted in Turkey in recent years, where religious life has functioned more closely with democracy, is something some have said could be emulated by Tunisia, though al-Ghannouchi does not believe in copying the system wholesale.

"The Turkish model is much more entrenched in democracy, it is a model that nascent democracies need to learn from," he says, adding that "the Tunisian model has its specificities, it’s the result of different cultural, social and political circumstances and factors."

He also said that Egypt's military coup is not the right way for political leadership to be decided.

"The opposition in Egypt has to understand that the Muslim Brotherhood is a large faction of the Egyptian society that you cannot ignore or exclude if they want to achieve real democracy in the country," he said.

He also called for a national dialogue to be started by all political players, "who believe in achieving the objectives of the revolution," and added that the international community should "stand by peoples and not by despots."