Uganda is ranked 17th as the most corrupt country in the world, according to this year's global corruption barometer released by Transparency International 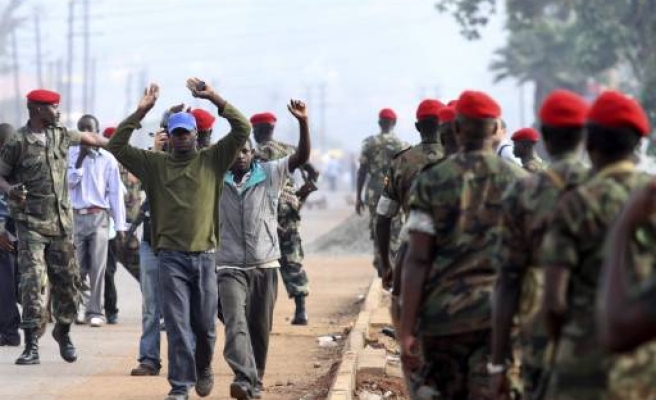 As Uganda marks its 51st independence anniversary on Wednesday, many Ugandans are finding little to celebrate citing endemic corruption and political repression, while others see light at the end of the tunnel.

"I will be staying home watching movies or listening to music because there is nothing to celebrate in a country where corruption is as endemic as nepotism and tribalism," broadcast journalist Ashley Haz told Anadolu Agency by phone from Ugandan capital Kampala.

Saraha Akello, a Ugandan who works for a major NGO in Nairobi, agrees.

"The country today suffers from a high level of corruption," she told AA.

Akello claimed that corruption was institutionalized in Uganda, extending down to the lowest level of government – despite the existence of mechanisms specifically set up to combat the vice.

"Corruption thrives because of the lack of political will from the side of government to eradicate it," she said.

She accused Ugandan President Yoweri Museveni of protecting members of his National Resistance Movement – along with friends and relatives caught up in corruption scandals – while talking tough about corruption when it involved those outside his circle.

Despite repeated attempts, government spokesman Ofwono Opondo was not available to comment on claims of corruption against government officials.

This year's global corruption barometer released by Transparency International, however, ranked Uganda as the 17th most corrupt country in the world out of 95 countries surveyed.

With a score of 61 percent, Uganda was ranked the second most corrupt country in East Africa after Kenya, which racked up a score of 70 percent.

Akello is upset that Uganda has failed to make a genuine transition to democracy half a century after achieving national independence.

"Lack of tolerance of political dissent has put the country in the spotlight as one under dictatorial rule," she told AA.

"Uganda today is no different from Uganda under Idi Amin over 35 years ago, because Museveni has shown as much intolerance to opposition as Amin did, only that he camouflages [it] and seems to get approval from his political godfathers," Akello added, referring to the West in general and the US in particular.

Uganda has not seen a peaceful rotation of power since independence from Britain 51 years ago.

The landlocked East African nation has witnessed a number of military coups and civil wars, and has been ruled by some of the world's most brutal dictators.

Museveni assumed power through a military coup in 1986 and has since provided the country with a modicum of stability.

But he goes much further, insisting the country has good cause to celebrate its 51st birthday.

"Ugandans need to celebrate because the country has achieved a lot in terms of transforming from anarchy to stability," Matanda told AA by phone.

He believes the country's biggest remaining challenge is to change from a backward peasant society to a modern, industrialized society.

Matanda, who represents the office of the president in the Sironko district, hopes this can be achieved through investment in science, education and research.

He says the government is modernizing agricultural methods, stressing that agriculture constitutes the backbone of the national economy.

The state-owned New Vision newspaper quoted Minister for the Presidency Frank Tumwebaze as saying that this year's theme was in line with the goals of the Vision 2040 initiative, which aims to transform Uganda into middle-income nation by 2040.

"This 51st Independence anniversary marks an important period in the history of Uganda because we are starting a new era," the minister said.

"It is such a time when Ugandans should harness the achievements of the last 50 years and strive for a better and prosperous country," he added.

please keep the news updated because we Ugandans in other outside counties need to know more.