Former Bosnian grand mufti Mustafa Ceric in an exclusive interview with AA, says the absolute priority for Bosnia and Herzegovina is membership in NATO and in the European Union. The current situation in Ukraine reminds us of that imperative, he said. 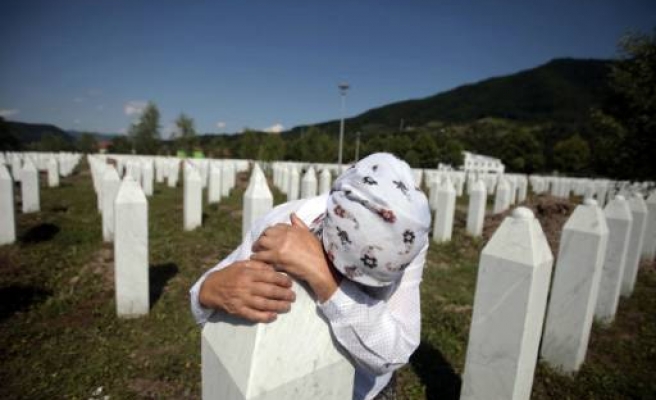 Bosnia and Herzegovina suffers from a lack of political and economic leadership, which is not only dangerous for this post-conflict country, but for the whole region of south-eastern Europe, the former country’s grand mufti told Anadolu Agency (AA).

After almost 20 years since a bloody war was halted in Bosnia, divisions, distrust and political blockade have not disappeared, warned Mustafa Ceric.

And as the world prepares to mark the 100th anniversary of World War I this June in Sarajevo, Ceric said he hopes that Europe “is aware of the fact that Sarajevo is not an idle place to be ignored.”

“Bosnia must be free from fear and poverty with peace, justice and security for all -- otherwise history will repeat itself,” Ceric told AA.

The country’s membership in NATO and the European Union is a priority for Bosnia and Herzegovina, he said.

“Events in Ukraine remind us of the looming threats to stability every day. Both NATO and EU membership is matter of time not conviction. By every measure of our predisposition we belong in these clubs,” Ceric said.

“Bosnia shouldn’t be neglected and put aside to the mercy of the incapable, incompetent and irresponsible forces to play a game with; more so a game without rules,” he warned.

“I hope that Europe has learned by now that Sarajevo has been and still is an active epicenter for better or for worse.”

Bosnia and Herzegovina, he added – “must have a strong and responsible political leadership.”

“There is no vision on a horizon of what is the future of Bosnia, politically, economically, culturally, regionally, internationally” Ceric said.

Ceric, a co-winner of the UNESCO Félix Houphouët-Boigny Peace Prize in 2003, confirmed he is considering running for the highest political office in Bosnia and Herzegovina with the country facing what he described as a moral and social crisis of a unprecedented scale.

Ceric said an exploratory committee had been set up in Sarajevo to discuss issues ranging from mutual security to moral restoration and social rediscovery, including the encouragement of the multicultural character of Bosnia and Herzegovina. Its report was expected soon, Ceric said.

Ceric was characterized as a radical Muslim in April this year by certain British newspapers but Ceric refuted the charge saying it was made only by media on the right of the political spectrum.

Charlotte Keenan, the executive director of the Blair Faith Foundation said in a press release they are “absolutely convinced” that Ceric is, both “upstanding and sincere” in his support for what the Foundation is trying to do.

“Both Mr. Blair and I are committed to helping prevent religious prejudice, conflict and extremism globally,” Ceric told AA.

In the annual CIA report of 2012, Ceric was described as being among the first to combat terrorism and Muslim extremism. Ceric claimed his track record on fighting violent extremism is consistent and transparent.

The “CIA report speaks to that commitment,” Ceric said. “But it is important to say that my actions are not influenced by the wants and needs of either the British or American governments, but by what is right.”