The Uruguayan lawmakers has voted in favour of a bill which looks set to make it the first country to create a legal, government-controlled market for marijuana. 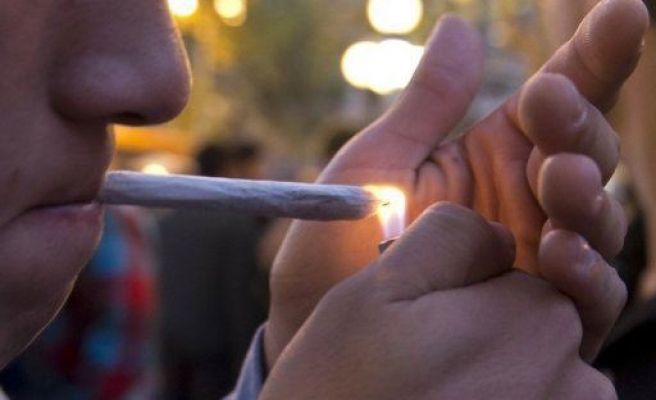 Uruguay’s lower house on Wednesday passed a bill that should see marijuana legalized and licenced in the country, taking a step towards making the Latin American nation the first in the world to have government-regulated production, distribution and sale of the drug.

The bill secured 50 votes in favor and 46 lawmakers voted against after fierce debating in the House of Representatives, with both sides of the discussion giving impassioned speeches.

A simple majority of fifty out of the 99 representatives was needed for the bill to pass the House. The measure will now move on to a vote in the Senate where the ruling Frente Amplio (Broad Front) coalition – which backed the plans – has a more comfortable majority.

Deputy Sebastian Sabini, one of the lawmakers behind the legislation and a member of the ruling coalition, said the bill "is not meant to promote consumption; consumption already exists."

The coalition had said it had the necessary support within its ranks, meaning that a defeat for the bill would have come as a surprise. For this reason, Wednesday’s vote was seen as key for those in opposition who seek to block its progression.

The bill is backed by the government of the country’s leftist president, José Mujica, which argues that the law would take profits away from drug dealers and prevent marijuana users from moving onto harder drugs.

Buyers would have to be over 18 years of age and be registered on a database, allowing them to buy a maximum of 40g each month – from specially-licensed drug stores – or indeed grow up to six plants at home.

If the bill is signed into law, only the state would be permitted to sell marijuana, as well as assuming control and regulation over "importation, exportation, plantation, cultivation, harvest, production, acquisition, storage, commercialization and distribution" of the drug and its by-products.

Six months to get more support

The vote had been postponed for six months by President Mujica to give supporters more time to gauge public opinion on the matter and garner more backing for his side, which saw a campaign promising "responsible regulation" if the bill were passed.

However, recent polls have shown that some two-thirds of Uruguayans do not support the initiative.

Those in favour of the bill, including its author – Uruguay’s Defense Minister Eleuterio Fernández Huidobro – argue that the prohibition of certain drugs has created more problems for society than the drugs themselves.

However, there has been opposition to the controversial bill, including from within President Mujica's ruling coalition.

Opponents say they do not buy the rationale from the bill's proponents, arguing instead that there is no precedent in the world which would corroborate the theory that legalization would reduce drug use.

Opposition politician Richard Sander, of the Propuesta Batllista party – part of the broad Partido Colorado political grouping, said he would petition for the law to be overturned if it were signed into law.

Proponents of the bill, which was one of a series of measures unveiled in June 2012 to combat rising violence, say it is an attempt to fight organized crime in Uruguay, which they say prohibition of the marijuana has exacerbated.

They argue the marijuana market is safer if legalized, licensed, controlled and regulated by the government, and that the bill will drive out illegal dealers and force a line to be drawn between cannabis users and users of harder drugs.

Those flouting the licensing program would face stiff penalties, including prison sentences.

If made law, an Institute for the Regulation and Control of Marijuana would be created to oversee the industry, including its licensing.

President Mujica – the self-styled world's poorest president, as he donates 90 percent of his salary to charity – said during the long-running debate that he backed the initiative but had never himself consumed cannabis.

Calls for legalization from around Latin America

The vote is the latest in an extremely vocal, long-running debate in Latin America about drug legalization.

The leaders of Colombia, Bolivia and Ecuador are all reported to have voiced their support for a relaxation of marijuana laws.

But during his recent visit to neighbouring Brazil, where marijuana is illegal although widely used, Pope Francis criticized the plans by Latin countries to soften their stance on marijuana policy.

"It is not by allowing free drug use, as is being discussed in various part of Latin America, that one will manage to reduce the trafficking and influence of substance dependency," the pontiff said, adding it was necessary to "tackle the root problems of drug abuse."

The bill in Uruguay is the latest in a string of liberal legislation, which has also included the approval of gay marriage and the decriminalization of abortion.