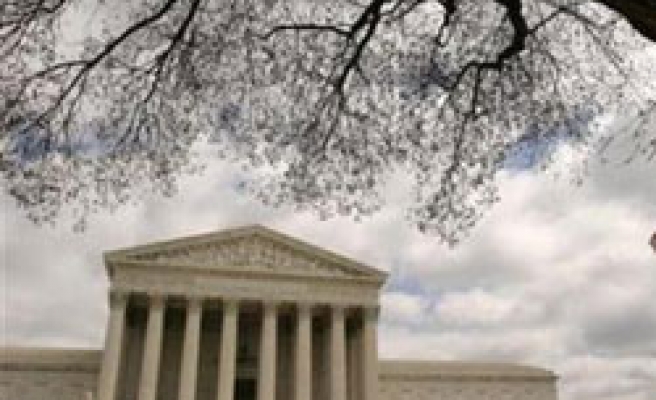 A landmark U.S. Supreme Court decision in 2013 that made it all but impossible to sue foreign companies in U.S. courts for alleged roles in overseas human rights abuses is proving to be a boon for U.S. firms too, court documents show.

In the roughly year and a half since the ruling in Kiobel v. Royal Dutch Petroleum Co, U.S. companies such as Chiquita Brands International Inc, IBM Corp and Ford Motor Co have successfully invoked the Supreme Court's reasoning to fend off lawsuits alleging they were involved in human rights abuses in South Africa, Colombia and elsewhere.

In the seven cases involving U.S. companies that federal appeals courts have decided since the Supreme Court rulings, corporate defendants have won five, according to a Reuters review of the court documents. Only one ruling was an outright win for plaintiffs.

A similar pattern has played out in lower courts, with judges citing the Kiobel decision in favor of defendants in seven of eight human rights cases involving U.S. companies that have been decided since the ruling

With rulings tending to favor companies, human rights lawyers are thinking twice before filing new lawsuits. The Reuters review shows only one new human rights lawsuit filed against a U.S. company since the ruling came down in April 2013. In the 1990s and 2000s, up to half a dozen cases were filed every year against U.S. or foreign corporations.

Paul Hoffman, a leading Venice, California-based human rights lawyer who argued Kiobel for the plaintiffs, said he has been fighting to keep his existing cases alive rather than planning new ones. He has been presenting legal arguments explaining why the Supreme Court decision does not mean his lawsuits should be dismissed.

"People are waiting to see what the landscape is going to look like," he said.

Lawyers on both sides of the issue say the Supreme Court might yet have to take another case to clarify exactly when U.S. companies can be sued.

In the Kiobel case, the court unanimously threw out a lawsuit by 12 people from Nigeria that accused British and Dutch-based Royal Dutch Shell Plc of aiding state-sponsored torture and murder.

The court said the law under which the Nigerians brought the case, the 1789 Alien Tort Statute, was presumed to cover only violations of international law occurring in the United States. Violations elsewhere, Chief Justice John Roberts wrote, must "touch and concern" U.S. territory "with sufficient force to displace the presumption."

Before the Kiobel ruling in April 2013, the law had been the primary vehicle for bringing human rights cases for more than 30 years, not just in the United States but globally.

"Human rights litigators have lost a significant weapon," said John Bellinger, a Washington-based lawyer at the Arnold & Porter law firm who has played a prominent role advocating for corporate defendants. Bellinger was the top legal adviser to the U.S. State Department under President George W. Bush when it filed briefs in various cases arguing that the scope of the law should be pared back.

Human rights lawyers can sue multinational companies in other countries, which has happened in Canada, the United Kingdom, and a handful of other countries, but that option is usually only viable if the defendant is based in one of those countries. Bringing suit in a developing country where alleged violations occurred is often less appealing to plaintiffs, as such countries often have troubled judicial systems.

In theory, some of the major cases against U.S. companies filed before the Supreme Court ruling could go ahead on other grounds because the lawsuits cite other legal claims.

There is also the possibility that alleged human rights victims could sue companies in U.S. state courts, under common law theories of wrongdoing such as assault and battery. But that too has its drawbacks for plaintiffs, including a shorter window in which to file lawsuits, which are often based on alleged conduct that doesn't come to light until years after it occurs.

Also, lawyers on both sides say such cases would lack the headline-grabbing punch of a case filed under the Alien Tort Statute alleging human rights violations.

A limited number of Alien Tort Statute cases could still move forward in the United States even under the new restrictive interpretation.

In the one clear victory for plaintiffs since the Supreme Court ruling, an appeals court in Virginia said in June that Iraqi nationals who complained of mistreatment at Abu Ghraib prison near Baghdad could sue a subsidiary of U.S.-based CACI International Inc, a military contractor that worked at the site.

Judge Barbara Keenan wrote that the plaintiffs had alleged sufficient connection to the United States to "require a different result than that reached in Kiobel."