US media bias shown in coverage of Chapel Hill murders 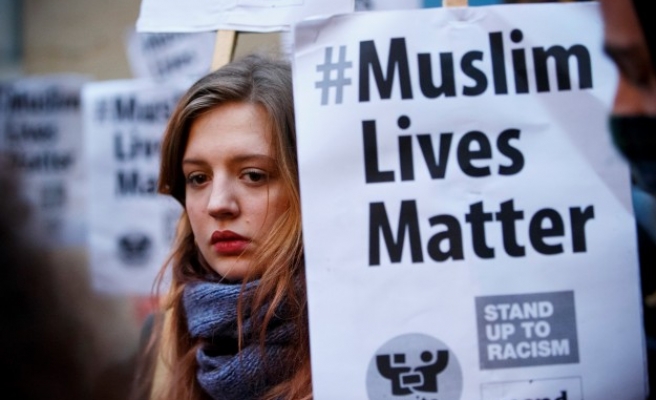 The murders of three young American Muslims have outraged users on social media and drawn criticism of U.S. media for what many see as inadequacies in covering the story because the victims were Muslims.

Craig Stephen Hicks, 46, a white male, surrendered to security forces following the murders and has been charged with first-degree murder.

Social media users suggested news organizations dragged their feet in covering the story. They also argued they did not hear about the shootings until the Twitter hashtag #ChapelHillShooting began trending worldwide.

When the story was finally reported, news outlets seemed to focus on Hicks’ “anger problem” and the notion by authorities that an ongoing dispute about parking may have led to the shooting. One nationally syndicated television news magazine used the shooting to present a segment on how to find parking when shopping.

Users on social media, however, argued the killings were motivated by hate and the investigation needed to focus on such.

“The media here bombards the American citizen with Islamic terrorism and makes people here scared of us and hate us and want us out,” said the female victims’ father, Dr. Mohammad Abu-Salha Deah, a psychiatrist. “So if somebody has any conflict with you, and they are already hate you, you get a bullet in the head.”

Mainstream media eventually discussed the possibility the shootings were a hate crime but the coverage has not lessened criticisms that Muslims, minority groups and related issues, are approached with a "selective perception" rather than objectively.

“Had the killer been a Muslim and his victims three white college students, CNN and Fox News probably would have reported it earlier Wednesday,” said William Youmans, assistant professor of Media and Public affairs at George Washington University. “No mainstream media raised the possibility it was a terrorist attack. Had the killer been Muslim, they would have without a doubt,” he said.

But there was a caveat. He said the timing of the event might be one of the reasons for the late attention and, “the story did not have the 'breaking' elements it prefers. The killer turned himself in, for example.”

The media also failed, according to Youmans, to examine a key assertion by the shooter’s spouse. “His wife's claim that Hicks was motivated by a ‘parking dispute’ motivation was not challenged by media initially.”

Dr. Hatem Bazian of the University of Berkeley, who focuses on Islamophobia, argued the lack of media coverage and national attention on this story is a classic example of how the existence of Muslim victims are erased and how the media sees and propagates them only when they can be related with “terrorism.”

Christopher Bail, sociology professor at the University of North Carolina studies the influence of fringe groups on the U.S. media’s coverage of Muslims and Islam.

He surveyed 1,084 press releases about Muslims by 120 civil society organizations and 50,407 newspaper articles and television transcripts between 2001 and 2008, after the 9/11 terror attacks on the U.S. He found “anti-Muslim fringe organizations dominated the mass media via displays of fear and anger.”

Along with the negative influence of the Sept. 11 attacks on the media's coverage of Muslims, graphic execution videos recently released by the terror organization Islamic State of Iraq and Levant, or ISIL, has played an important role in portraying the image of Muslims by U.S. media.

And a Brookings Institution poll published in January found 14 percent of Americans believe ISIL is supported by a majority of Muslims worldwide.

"The murder of three young bright Muslim Americans is indicative of the heightened Islamophobic atmosphere currently present in the U.S. and many European countries," said Bazian.

A Department of Justice study estimates hate crime incidents in the U.S. is about 20 to 30 times higher than the actual numbers reported by the FBI.

But Muslims are not the only ones who feel misrepresented in mainstream media.

When 17-year-old Trayvon Martin was fatally shot by George Zimmerman, on his way home from a convenience store in Florida, the media was criticized for being slow to cover that case, days after the death, but also for its portrayal of the black teen as a potential criminal.

Pictures depicting Trayvon as a “gang member” and “thug” were used in mainstream media that indirectly fostered the idea the teen was a criminal.

Twitter users wondered, "If they gunned me down, which picture would they use?" Using the hashtag #IfTheyGunnedMeDown, users posted their own photographs to highlight the biased photo selections used by media outlets to characterize the slain teen.

"The media, in particular broadcasting news, has catered to stereotypes of non-whites by over-representing minorities as the assailants in violent crime,” writes Stanford University media studies professor DeRonnie Pitts, in an article entitled “Poverty & Prejudice: Media and Race.”

The investigation found Trayvon was armed only with candy and a can of iced tea but the dynamics of the case created a debate about whether the media was misrepresenting blacks and if there was a lack of representation of blacks in the media.

After the shootings in North Carolina, talk show host Chris Hayes drew similarities between the Florida and North Carolina shootings. The murders of the three American Muslims is “a wake up call … like a galvanizing moment for Muslim-Americans, a Trayvon Martin moment,” he said.

“The senseless deaths of these three young people has struck such a profound nerve and mobilized so many because millions of people who look like those victims are fed up with the routine stereotyping, the marginalization in mainstream media representations and the vilification by political leaders seeking to score cheap political points.” Hayes said.