We must do better on the Millennium Development Goals

Although there are advances in increasing access to new technologies, in duty-free access for exports from developing countries, the international community is not fully delivering on its commitments to development assistance and to reaching an agreement on development-oriented multilateral trade 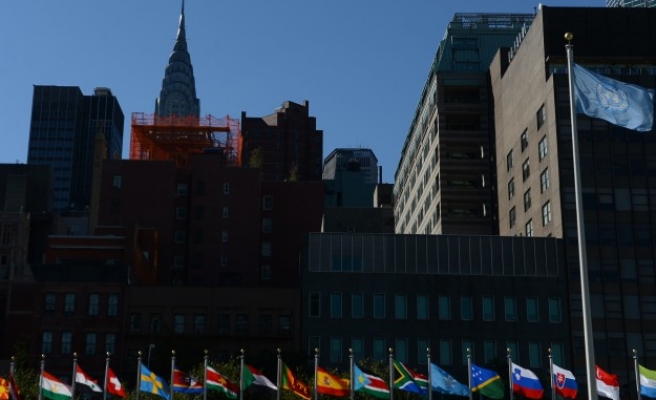 As world’s leaders gather to meet at the 68th session of UN General Assembly (UNGA) many of them aimed to step up with the renewed political commitment and momentum for action to accelerate progress towards the Millennium Development Goals (MDG).

As they say - the year 2013 marks a unique opportunity for accelerating progress towards the proclaimed goals. Since 2000, many countries have undertaken specific measures aimed at achieving the MDGs, often with considerable success – several through application of the MDG Acceleration Framework (MAF).

On the eve of the yet another gathering on global development agenda at the World Organization Headquarters in New York, the United Nations claims that extreme poverty has been cut in half.

Back in August, the UN Secretary General Ban Ki-moon outlined his vision for bold action to achieve the MDGs (Millennium Development Goals) by the 2015 deadline and a post-2015 sustainable development agenda in the report, ‘A Life of Dignity for All.’ The UN chief has said he would officially launch the report on 25 September.

“Much of the reduction in poverty has taken place in countries such as India, China and Brazil, mostly countries with huge populations and extreme poverty is still far from being eradicated in most of the world's poorer nations in Africa, Asia and Latin America,” said Thalif Deen, analyst of the UN development agenda and IPS UN Bureau chief.

He said, the poverty alleviation has also resulted in the rise of a new middle class - and “on the negative side, this  has resulted in mass social protests in Brazil, China, India, Turkey, Egypt and Tunisia.”

This is “an unintended consequence of poverty eradication,” Deen told AA.

Although progress has been made in the past year on a number of commitments, significant backsliding has occurred in other target areas of Millennium Development Goals.

While there are advances in increasing access to new technologies, in duty-free access for exports from developing countries and, to a lesser extent, in efforts to increase access to more affordable essential medicines, the international community is not fully delivering on its commitments to development assistance and to reaching an agreement on development oriented multilateral trade.

In the aftermath of the global economic crisis, the political momentum for advancing international development cooperation seems to have waned. The international community must take this into account when redesigning a global partnership that would enjoy endorsement and enthusiasm by all parties after 2015.

“Perhaps more importantly, poverty alleviation even in above mentioned countries may hit a dead end soon because of the new widespread financial crisis as currencies collapse and exports shirnk,” Thalif Deen told AA.

For half a century, the international community has used the concept of partnership to draft a compact of commitments on promoting development.

By the turn of the century, however, this model of the global partnership was showing signs of wear, and Member States gathered in 2000 at the Millennium Summit to reinforce outstanding commitments. In 2002, a different kind of global agreement was forged in the Monterrey Consensus, where countries jointly made development policy commitments.

We can still do better

A decade has passed since the Monterrey conference and almost 15 years since the Millennium Summit. The dose of political momentum injected in the early 2000s now needs to be revitalized – the United Nations say.

“The picture is mixed. We can do better,” Mr. Ban said in his preface to the report calling international community to intensify our efforts in the remaining months to achieve the MDGs by 2015.

“We have 829 days to go, as of today, until the end of 2015, our deadline to achieve MDGs,” Mr. Ban said on Monday at his welcoming address at the opening session of “MDG Success accelerating action and partnering for impact.”

As far as the new president of the new 68th session of UNGA, Mr. John Ashe, his spokesperson Ms. Afaf Konja told AA, “there is solid and out of foundation agreement” with the UN Secretary General on that:

“The MGS are, yes – successful, but there are many gaps still in there, and especially when it comes to a variable on inequality,” Konja told AA.