American scholar Esposito said, “the West risks sending a message that it is not ready for real democracy in the Middle East, especially if a government has an Islamic reference regardless of it being elected.” 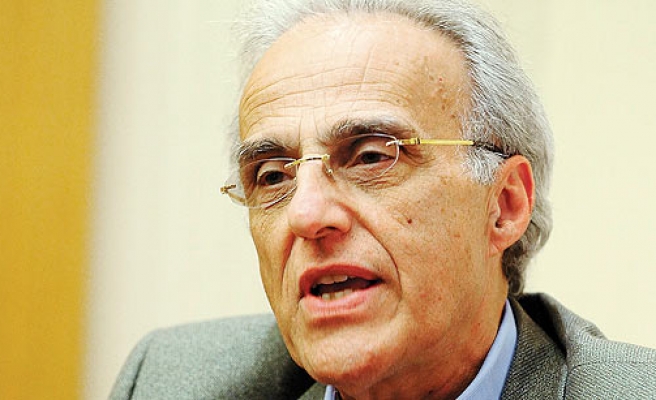 John Louis Esposito, a well-known American scholar of Islamic studies, has criticized the failure of the West in not loudly condemning the Egyptian coup which took place earlier this month, saying that such a stance further encourages anti-democratic circles in Egypt.

In an exclusive interview with Today's Zaman, Esposito claimed that there is a strong tendency in the West to perceive Islam as incompatible with democracy and that such a tendency was strengthened after the Egyptian coup that ousted the Muslim Brotherhood leadership from power.

“If what happened in Egypt took place in any Western government where the head of government proved to be unpopular with a significant number of citizens and the military intervened, it would be denounced by every Western government, the US in particular,” said Esposito. “The example of Egypt and the acquiescence of Western powers send a signal to other opposition groups in emerging democracies that if they follow the Egyptian coup model they can get away with it,” he added, emphasizing his concern that the Western “double standard” would create an alarming example for other new democracies.

Egypt's first democratically elected president, Mohammed Morsi, was ousted by the Egyptian army on the grounds that he "did not achieve the goals of the people" and failed to meet the generals' demands that he share power with his opposition, according to a statement made by the Egyptian military right after the intervention.

After its top leaders were targeted with arrest warrants, the Muslim Brotherhood hotly rejected an appeal by the military to take part in forming a new regime.

The renowned scholar also mentioned that by not speaking out strongly and not deeming the act as a coup, “the West risks sending a message that it is not ready for real democracy in the Middle East, especially if a government has an Islamic reference regardless of it being elected.”

“[T]hey accepted the military backed coup and even supported it behind the scenes and have avoided referring to it as a coup, thus leaving themselves open to what many will see as another example of a double standard when it comes to the promotion of democracy,” Esposito noted.

While defining Turkey as an example to the Muslim world as it achieved a blend of Muslim culture, secularism and democracy in its political culture, Esposito did not accept that Turkey is the “only model.”

“I think Turkey presents one example and model but there can be many models depending on the specific country and its history, society and traditions,” Esposito said.

Esposito also touched upon the Gezi Park protests, which opened Turkey's democracy under the Justice and Development Party (AK Party) to discussion, maintaining that the Gezi protests were hijacked by groups who intended to topple the government by abusing the situation, even though the Gezi Park protests are a democratic and reform-oriented movement.

“I would distinguish between those who expressed their concerns and wanted genuine reforms and those who chose to exploit the situation and attempt to bring down the government,” said Esposito.

Also criticizing the harsh tone of the Turkish government on the opposition, Esposito stated that “many government leaders make mistakes and need to listen to legitimate opposition and concerns which they, in the case of [Prime Minister Recep Tayyip] Erdoğan, can listen and respond to and correct,” he noted.