The number of pilgrims in the city of Karbala for the annual Arbain commemoration had reached a record 17.5 million this year. 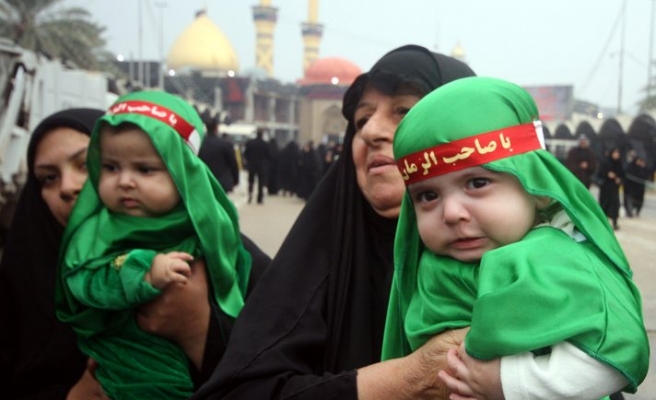 Iraqi officials say millions of Shi'ite pilgrims from across Iraq and neighbouring countries are expected in the Iraqi city of Kerbala for Saturday's Arbain ritual, which marks the last of 40 days mourning for the death 1,300 years ago of Imam Hussein.

Arbain is considered one of the largest religious gatherings in the world.

Hussein's death in battle is a defining point in Shi'ite history and the schism between Sunni and Shi'ite Muslims.

Iraqi Defence Minister Khaled al-Obeidi said “The number of Arab and foreign pilgrims has reached 4.5 million, of 60 different nationalities, the biggest contingent being Iranians. And until today, we had 13 million Iraqis.”

One person was killed by rocket fire on Friday in Kerbala where huge crowds of Shi'ite pilgrims have gathered for religious ceremonies, a local police commander said.

He said the dead person was a Kerbala resident and the rocket which killed him was fired from north of the city, an area where ISIL fighters have battled Iraq's army and Shi'ite militia.

Officials have said they expect militants to target Arbain, which is likely to be attended by a record number of foreign visitors after Iraqi authorities waived visa fees this year during the Arbain period.

This year's ceremonies come six months after ISIL swept through much of northern Iraq and cemented its hold over Anbar province to the west of Baghdad.

Kerbala, 50 miles (80 km) southwest of Baghdad, has remained firmly under government control but there has been heavy fighting this year just 20 miles to the north.

In the town of Muqdadiya, northeast of Baghdad, five people were killed at a Shi'ite religious site by a bomber and a wave of mortar bombs, security and medical sources said.