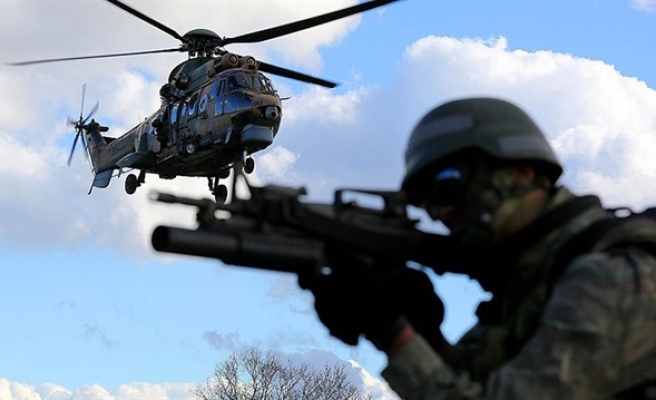 Three PKK members were killed in an airstrike in northern Iraq, according to Governor Office in Hakkari, on Thursday.

Governorship said in a statement that three perpetrators of martyred two military personnels on Nov. 15, were detected by an unmanned aerial vehicle in northern Iraq’s Avasin-Basyan Serabatin region on Thursday.

Terrorists were killed in an airstrike, the statement added.

The PKK is listed as a terrorist organization in Turkey, the U.S., and the EU. In its over three-decade terror campaign against Turkey, more than 40,000 people have been killed.