50 killed attack on rally, police and troops in Iraq -UPDATED

Over one million Iraqi troops are eligible to vote Monday in the country's parliamentary elections, two days ahead of the nationwide polls. 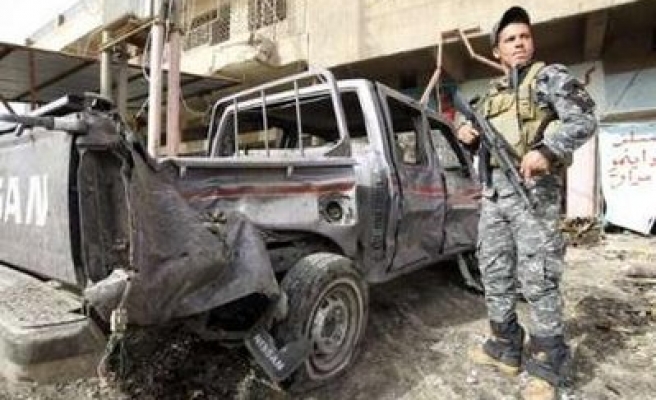 Fifty people were killed on Monday as bombers attacked a political rally and Iraqi police and soldiers cast their votes early for a national election in two days' time, authorities and witnesses said.

A suicide attacker killed at least 30 people and wounded 50 others at a Kurdish political gathering in the town of Khanaqin, 140 km (100 miles) northeast of Baghdad, security sources said.

The Kurds were celebrating the television appearance of Iraqi President Jalal Talabani, a Kurd incapacitated since late 2012, who cast his vote in Germany where he was undergoing medical treatment.

"The attacker snuck among the crowds near the Patriotic Union of Kurdistan's headquarters and blew himself up, causing a tragic massacre," one police officer said, sobbing after he discovered his brother was among those killed.

Meanwhile, militants, mostly disguised in army and police uniforms, struck at polling centres around Baghdad and northern Iraq as militants tried to disrupt Iraq's fourth national election since the fall of Saddam Hussein in 2003.

A curfew begins on Tuesday night as ordinary Iraqis prepare to vote on Wednesday. Security forces are at war with the Islamic State of Iraq and the Levant, in western Anbar province and other areas encircling the capital.

Prime Minister Nuri al-Maliki is battling for a third term in office but faces fierce opposition from political opponents, with sectarian violence in the Shi'ite Muslim-majority country at its most intense since 2008.

In the western Mansour district of Baghdad, six police died and 16 others were wounded when a suicide bomber dressed as a policeman detonated his explosives at the entrance of a school being used for voting, police and medical sources said.

In the Sunni neighbourhood of Adhamiya, a bomber blew himself up in front of another polling centre, killing four soldiers and wounding seven. Ahmed Sultan was waiting to vote.

"We saw a person in army uniform coming out from a side street. He started to run in our direction. We all started to flee after realising he was a bomber," the soldier said.

"While I was running a powerful blast threw me ... everybody was shouting run, run, a second bomber could hit us."

ISIL has threatened Iraqis with death if they vote. The attacks on Monday seemed designed to intimidate people debating whether it was safe to vote in two days.

In northern Iraq, where ISIL has been hitting the security forces with ambushes, assassinations and explosions in their homes, at least 10 police were killed.

In Tuz Khurmatu, a bomber wearing a police uniform blew himself up near a polling station, killing three policemen and wounding nine, police said.

Sunni militants have repeatedly attacked the area, which is home to the Shi'ite Turkmen minority. A bomber in a police uniform blew up himself and six policemen by a voting centre in Kirkuk.

One soldier was killed and four wounded when a suicide attacker in an army uniform blew himself up near a polling station in the town of Hawija, 70 km (40 miles) southwest of the northern city of Kirkuk, police said.