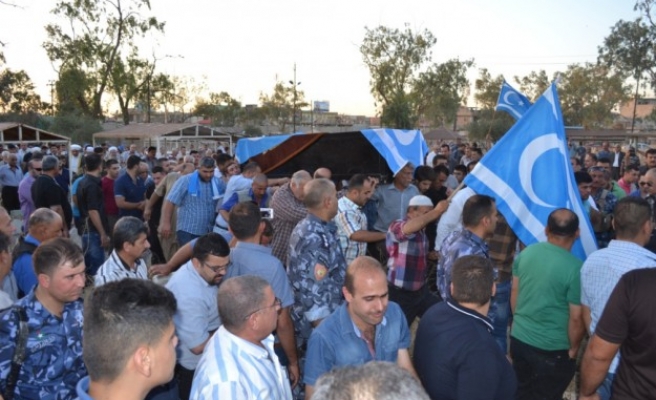 Militants belonging to the self-styled 'Islamic State' have massacred 700 Turkmen civilians, including women, children and the elderly, in a northern Iraqi village, a UNICEF official has reported.

Marco Babille, the United Nations children’s fund representative in Iraq, said on Tuesday that militants committed the atrocity in Beshir between July 11 and 12.

Speaking to Italian news agency ANSA, he said the information came from eye witnesses who had fled the village.

Across the area seized by IS in June, episodes of violence against children have quadrupled when compared to previous months, he added.

Babille voiced UNICEF’s concern for the safety of thousands of other predominantly Shiite Turkmen civilians besieged by IS forces in the town of Amirli, Salahuddin province.

Calling for a “humanitarian D-Day” for the 700,000 refugees estimated to have fled IS violence in northern Iraq, Babille said the international community should establish a “safe haven” protected by peace-keeping forces.

He also called for a “systematic air bridge from Europe” to help Iraqi Kurds, who he described as “the only bulwark of human rights” in Iraq, giving shelter to displaced people irrespective of ethnicity or faith.

Babille reported that 440,000 refugees had flooded into Iraq’s Kurdish region since IS’s June offensive, in addition to 250,000 Syrian refugees who have been in the region since August 2013.

“In all, Kurdistan is hosting 700,000 refugees with a population of less than 5 million,” he said.

“There is too much prevarication by the international community. If there is no intervention we risk the disintegration of the Middle East and Europe… will pay the consequences.”