The Iraqi army has also confirmed that its troops had killed 13 rebels from the Islamic State in Iraq and the Levant (ISIL) in the western province of Anbar. 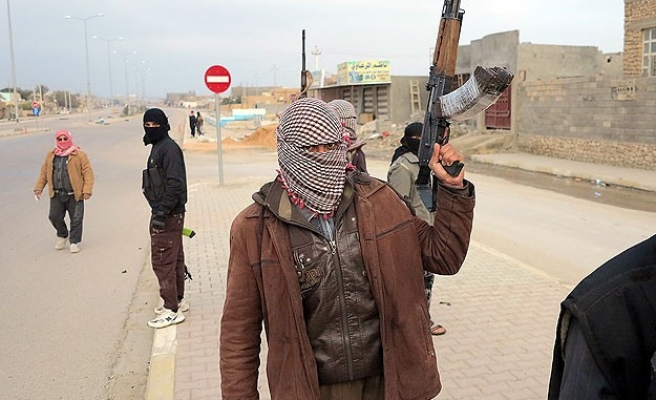 Around 7,100 families have fled violence in Iraq's western Anbar province and the Saladin province's Suleiman Beik neighborhood and sought refuge in the northern Saladin province, an Iraqi government official said on Monday.

"Displaced families are living in very bad conditions," said Fazaa al-Gabouri, an official with the Iraqi Migration Office, an affiliate of the Migration and Displacement Ministry in Saladin.

"But efforts are being exerted to help them," he told Anadolu Agency.

Suleiman Beik, located in Saladin's town of Tuz Khormato, has recently been at the center of violent confrontations between government troops backed by military aircraft and armed militants affiliated with the Islamic State in Iraq and the Levant group.

The volatile town of Tuz Khormato, which is disputed between the Baghdad government and the Kurdish administration in northern Iraq, has recently seen a series of bombings that have claimed scores of lives.

Al-Gabouri said that, even though tensions had recently eased somewhat in Suleiman Beik, some families were still afraid to return to their homes there.

The remaining 1,050 families have fled to other towns in Saladin, according to the Migration Office.

Iraq has seen a spike in violence in recent months, with bombings and assassinations killing hundreds of people. Most attacks go unclaimed, but authorities usually point the finger at al-Qaeda-linked militants.

The Iraqi army has confirmed that its troops had killed 13 rebels from the Islamic State in Iraq and the Levant (ISIL) in the western province of Anbar.

"During Monday's operations in Garaishi and Bou Ali areas, the army troops killed 13 terrorists and seized a considerable quantity of weapons and equipment," the army said in a statement.

The Iraqi army has been waging a major military operation in the restive Anbar province since December, with the stated aim of flushing alleged ISIL fighters out the Sunni-dominated province's two main cities – the capital Ramadi and Fallujah

However, local Sunni tribes opposed to the Shiite-dominated government of Prime Minister Nouri al-Maliki voice anger over continued civilian causalities and have vowed to resist government troops deployed to the area.