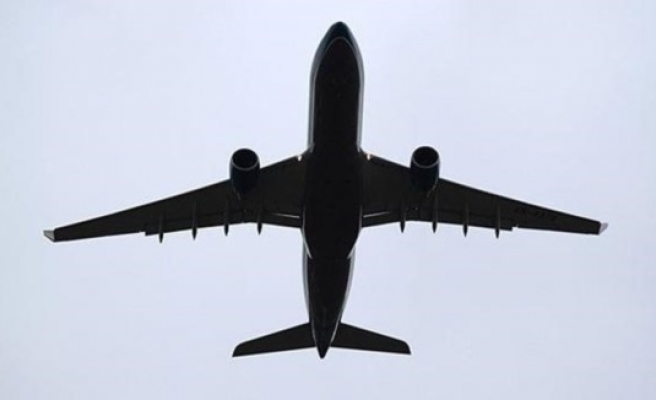 Six airlines from the United Arab Emirates, Turkey and Lebanon suspended flights to Baghdad on Tuesday after bullets hit an airplane operated by budget carrier Dubai Aviation Corp, known as flydubai, as it was landing at Baghdad airport.

Iraqi Transport Minister Bayan Jaboor said the plane was hit at an altitude of 600 meters (2,000 feet) by gunfire from what he judged was a light machinegun.

He did not rule out that Monday's shooting could be a militant action but said security forces had identified the source.

A security official told Reuters authorities had rounded up suspects in farmlands south of the airport, which lies on the city's western outskirts.

Iraq's Shi'ite-led government has been trying to push back  militants since they swept through northern Iraq last June.

The nearest fighting to Baghdad's airport is on the western outskirts of Abu Ghraib, more than 10 km (6 miles) away. But guns are widely available in Iraq and celebratory gunfire into the air is not uncommon.

An aviation official said Iraq had briefly suspended air traffic on Monday following the incident but permitted it to resume on Tuesday morning.

UAE's state WAM news agency reported that the foreign ministry had summoned the Iraqi ambassador to Abu Dhabi to express serious concern about the incident.

Turkish Airlines and Lebanon's Middle East Airlines (MEA) also suspended flights without citing the shooting incident. It was not clear when the airlines would resume service.

Jaboor said those airlines had operated nearly 40 flights in and out of Baghdad on Tuesday.

Speaking at a news conference, he denied reports that the airport itself was threatened and said a young girl with a small scratch was the only person injured in the incident.

An aviation official and a security official told Reuters two passengers were lightly injured when three or four bullets hit the body of the plane.

A spokesperson for flydubai confirmed that flight FZ 215 had sustained damage to the aircraft fuselage consistent with small arms fire and said an investigation was under way. He denied that any passengers had required medical treatment.