The two leaders spoke by phone about ongoing Iraqi crisis 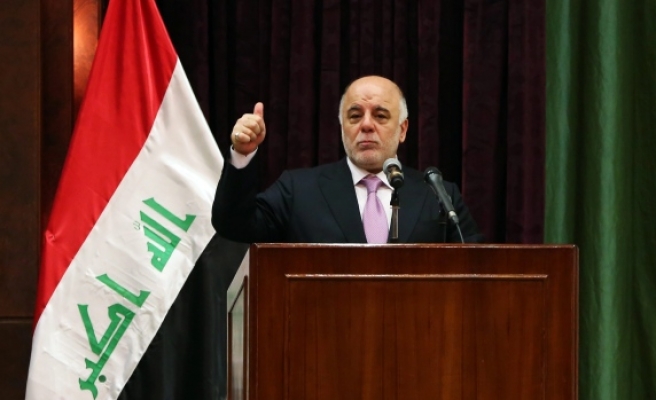 Iraqi Prime Minister Haidar al-Abadi and British Foreign Secretary Boris Johnson discussed the ongoing crisis in the country over the phone earlier on Monday, according to a Iraqi presidential source.

According to the source, who spoke on condition of anonymity due to restrictions on talking to the media, al-Abadi said: "Federal forces must maintain the control in across the county and at the border gates which the oil exported to Turkey. If this does not happen, the crisis deepens."

He went on to say that the Kurdish Regional Government (KRG) and some partisan media organs in Erbil were encouraging the killing of Iraqi forces.

"We attach great importance all Iraqis to live in a single country with peacefully. This does not happen without the deterrent Iraqi power that would prevent the situation from worsening," he added.

British Minister Johnson also stated his country's support for the steps of the al-Abadi government saying he also wanted to contact the KRG Prime Minister Nechirvan Barzani over the issue.

On Sunday Kurdish Regional Government (KRG) President Masoud Barzani announced that he would not participate in the upcoming Nov. 1 presidential elections.

Later, it was agreed to transfer presidential duties of Masoud Barzani to the parliament and the Council of Justice following a voting process, Aydin Maruf, a parliament member from the Iraqi-Turkmen Front, told Anadolu Agency.

Maruf also said the KRG's Presidential Council had been abolished as well.

Meanwhile, earlier on Monday the offices of the two opposition Kurdish parties were set on fire in Zaho city of the Duhok province in northern Iraq’s Kurdish region.

The Kurdish Movement for Change (Gorran) party anounced on its official twitter account that the pary building in the city was set on fire.

An official from the Patriotic Union of Kurdistan (PUK) also said that a group of people had organized a demonstration in front of the party building, then they attacked.

KRG’s security council issued a statement called the citizens to calm down and asked them to prevent those who want to make provocative actions.

Tension has steadily mounted between Baghdad and the KRG since Sept. 25, when Iraqis in KRG-held areas -- and in several disputed areas, including Kirkuk -- voted on whether or not to declare political independence.