The alliance which won most votes in Iraq's March election said it would not join any government headed by Prime Minister Nuri al-Maliki. 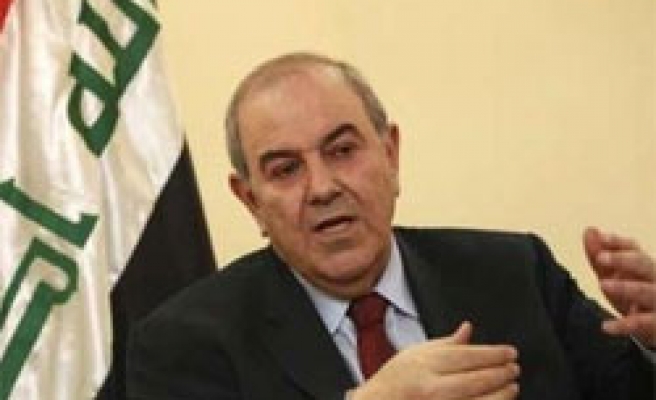 The alliance which won most votes in Iraq's March election said on Friday it would not join any government headed by Prime Minister Nuri al-Maliki.

Iraqiya, a cross-sectarian alliance led by former prime minister Iyad Allawi, was the bloc that won the most seats in the 325-seat parliament, heavily backed by Sunnis.

But Iraqiya, which has 91 seats, two more than Maliki's State of Law bloc, has been unable to win over others to form a majority.

On Tuesday, the Shi'ite-led National Alliance, a merger of Maliki's coalition and the Iraqi National Alliance (INA), gave itself five days to pick a nominee for prime minister in a move to end a six-month impasse since the vote.

Osama al-Nujaifi, a senior member of Iraqiya, said his bloc would not recognise the National Alliance or any decisions it makes, but would be willing to start negotiations to form a national coalition government, particularly with the INA.

"Iraqiya will not take part in any government headed by Maliki, this is definite," he told Reuters. "Iraqiya is ready to open a serious dialogue with the winning blocs and especially the Iraqi National Alliance, according to the earned election and constitutional rights."

Iraqiya later formally announced its position on Maliki in a statement read by party spokesman Haider al-Mulla. "Iraqiya considers the current model to run the state headed by Mr. Maliki is not suitable to be repeated," Mulla said.

The State of Law party, which won 89 seats in the election, and the INA, which took 70, announced their intention to merge in parliament. The two blocs will be just four seats short of a parliamentary majority.

But Maliki's partners refused to support his bid for a new term and nominated outgoing vice president Adel Abdul-Mahdi as a rival candidate.

Some Iraqi politicians said Maliki was in a favourable position to win the National Alliance nomination, despite doubts that he could persuade others outside the alliance to work with him.

"There have been some suggestions before that Maliki would form the government. Now, many political parties reject Maliki," said Mohammed Allawi, a senior member of Iraqiya. "I think it is very difficult for Maliki to become a prime minister again. You can't form a government without Iraqiya."