At least 65 killed in attack in Baghdad 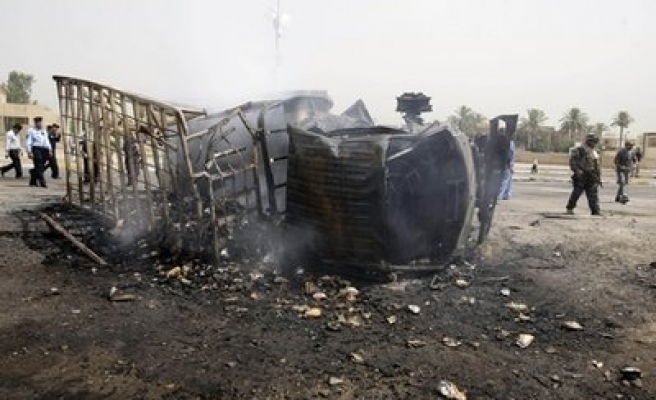 At least 65 people were killed in a triple bombing that targeted a tent filled with mourners in Baghdad's Shi'ite Muslim stronghold of Sadr City on Saturday, police and medical sources said.

A car bomb went off near the tent where a funeral was being held, a suicide bomber driving a car then blew himself up, and a third explosion followed as police, ambulances and firefighter were gathering at the scene, police said.

No group immediately claimed responsibility for the attack, in which at least 120 others were wounded, medics said.

"Crowds of people were visiting the tent to offer their condolences when suddenly a powerful blast ... threw me to ground," said 35-year-old Basim Raheem.

"When I tried to get up, a second blast happened. My clothes were covered with blood and human flesh. I thought I was wounded, but later discovered I was lying in a pool of others' blood," he added.

A Reuters reporter said distraught survivors attacked policemen and firefighters who tried to move them away from the scene. Puddles of blood surrounded the tent.

In a separate incident, at least eight people were killed when a car bomb exploded in a busy street in the predominantly Shi'ite Ur district of northern Baghdad, police said.

Around 800 Iraqis were killed in acts of violence in August, according to the United Nations.

Earlier on Saturday, four attackers killed six officers in an assault on a police station in Baiji, about 110 miles north of Baghdad.