Gunmen tried to storm an army base in Baghdad on Sunday, officials said. 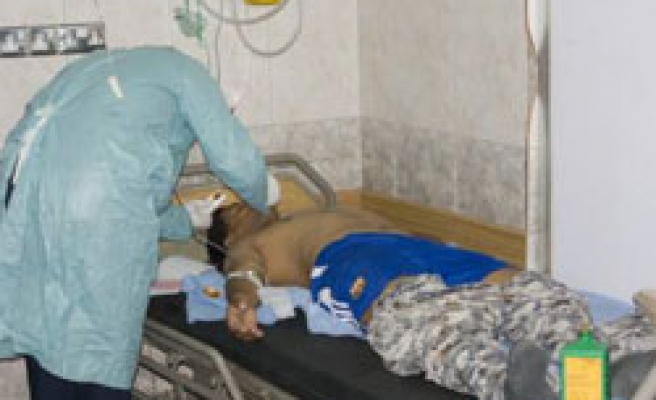 A large explosion on Sunday rocked an Iraqi ministry of defence complex that three weeks ago was the site of a suicide bomb attack that killed dozens of would-be army recruits.

Gunmen tried to storm an army base in Baghdad on Sunday, killing at least seven people and wounding 22, officials said.

The large explosion occurred near the headquarters of Rusafa Military Command in eastern Baghdad, sending plumes of smoke into the air. It was preceded by a smaller almost simultaneous explosion in the capital.

The military headquarters was being used as an army recruitment centre on August 17 when a suicide bomber detonated his payload, killing 59 people.

Sunday's explosion was the biggest to hit Baghdad since the recruitment centre attack and it came four days after US forces "officially" changed their role in Iraq occupation from a combat operations to "advise and assist" operations.

The Interior Ministry source said gunmen opened fire on the entrance of the army base, then two suicide bombers on foot tried to storm the gate but were stopped and killed. A third suicide bomber on foot was shot and injured, the source said.

"It was a suicide car bomber targeting the main entrance of Rusafa military command," Moussawi said.

"There are bodies and body parts but we don't know if they belong to attackers or civilians."

Conflicting accounts from different sources are common in Iraq.

Residents in the neighbourhood reported extensive shooting after the explosion and said the gunfire continued for more than an hour after the attack.

Witnesses said they saw gunmen in the mainly Sunni neighbourhood of al-Fadel, which lies next to the army base.

Moussawi said the shooting occurred when soldiers fired into the air to keep onlookers away, fearing there could be a second attack.

The base was a defence ministry headquarters under Saddam Hussein and now serves as an army recruitment centre as well as a military command.