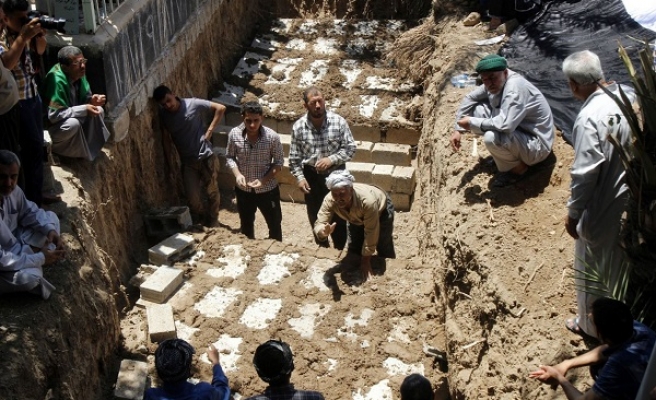 Search teams have discovered the bodies of 15 civilians and 11 Kurdish peshmerga fighters in two mass graves in Iraq, a local official said on Tuesday.

The bodies were found in a rural district 86 kilometers northeast of Baghdad that had been controlled by ISIS militants.

"The [civilians'] bodies were horribly disfigured, which indicates that they were executed during the early days of Islamic State presence in Saadiya District," said the district chief, Mohammed Mulla Hassan, from the Patriotic Union of Kurdistan party.

He said the bodies found in the second grave belonged to Kurdish peshmerga fighters, who probably were captured during fighting in the nearby town of Jalawla last summer and killed more recently.

Joint search teams from the Kurdistan regional government in northern Iraq and Baghdad's human rights ministry found the graves. A similar team discovered 16 corpses last week in a nearby area.

Hassan blamed the killings on the ISIS, who controlled the area until late November, when they were forced out by Shi'ite militias, security forces and peshmerga.

The Shi'ite militias have also been accused of atrocities when retaking land from ISIS, which swept across northern Iraq last summer as the Iraqi army collapsed.