In Baghdad, a suicide bomber detonated his explosives at a checkpoint, killing 48 Shi'ite pilgrims on their way to visit a shrine in the Kadhimiya district 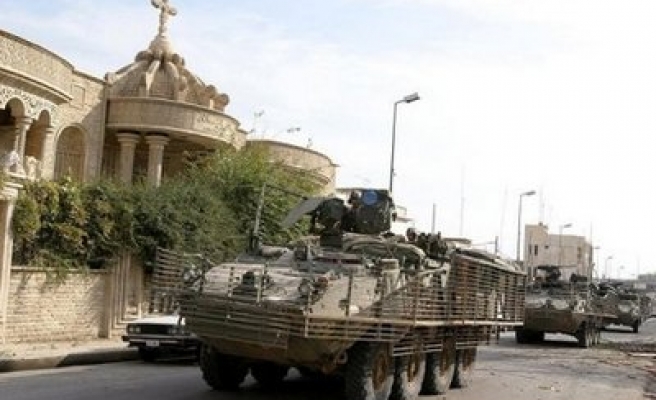 Two suicide bombers targeted Shi'ite Muslims in Iraq on Saturday, killing 60 people on the eve of the anniversary of one of their imams' deaths, police and medics said on Saturday.

No group immediately claimed responsibility for either of the bombings.

In Baghdad, a suicide bomber detonated his explosives at a checkpoint, killing 48 Shi'ite pilgrims on their way to visit a shrine in the Kadhimiya district, police and medical sources said.

Earlier on Saturday, another suicide bomber blew himself up inside a cafe in a mainly Shi'ite town of Balad, 80 km (50 miles) north of Baghdad, killing 12 people. The cafe was targeted in an almost identical bombing 40 days ago.

"I received the corpse of my cousin. It was completely charred and difficult to identify," said Abdullah al-Baldawi, whose relative was killed in the cafe bombing.

More than 6,000 people have been killed in violence across the country this year, according to monitoring group Iraq Body Count, reversing a decline in sectarian bloodshed that had climaxed in 2006-07.

It was not clear who was behind the killing of the journalists, who worked for Iraqi television channel al-Sharqiya News, which is often critical of the Shi'ite-led government and is popular among the country's Sunni minority.

"They shot them in the chest and head, killing them instantly," said a security source who declined to be named.

Iraq is considered one of the most dangerous countries for journalists. According to the Baghdad-based Journalism Freedoms Observatory, 261 journalists have been killed and 46 kidnapped since 2003, the year of the U.S.-led invasion of Iraq.

The Journalists' Syndicate denounced the killings as a "criminal act", demanding the authorities track down the perpetrators and do more to protect the media.

Nineveh governor Atheel al-Nujaifi condemned the killings: "It aims to muzzle the voice of people, the voice of righteousness".