Bombings and shootings kill 27 around Iraq 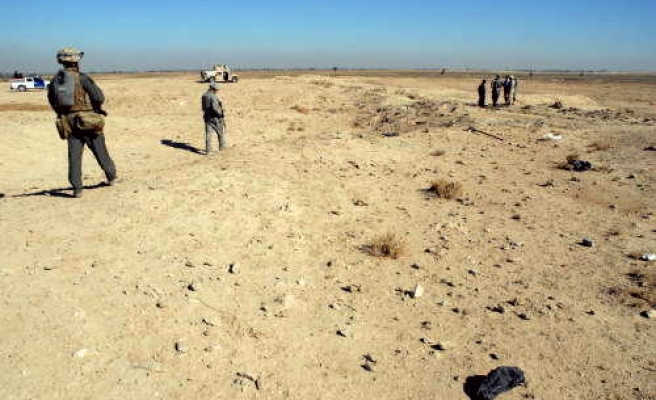 A parked car bomb blew up by a crowded Baghdad market on Tuesday night, killing at least 14 people and bringing the day's total death toll in political violence around Iraq to 27, security and medical sources said.

The bomb went off in a side street in the Shi'ite district of Karaada in eastern Baghdad. It set cars on fire, shattered windows, tore apart stalls and demolished some storefronts.

Security forces fired off a fusillade of warning shots in the blast's aftermath. At least 14 people were killed and 45 wounded, medical and security officials said.

Baghdad has been hit by wave after wave of bombings since April as the precarious peace enjoyed since the end of Iraq's sectarian war in 2008 has unravelled.

In western Anbar province, where government forces are fighting rebellious Sunni tribes and the Islamic State of Iraq and the Levant, three soldiers were killed and 18 others wounded when a car bomb rammed into the entrance of the governor's compound in the provincial capital Ramadi, according to medical and security sources.

Elsewhere, gunmen speeding in a car killed four policemen by a police checkpoint west of the oil refinery town of Baiji in northern Iraq. Most Sunni areas in central and northern Iraq have seen violence erupt as relations between the Shi'ite-led government in Baghdad and the Sunni minority have deteriorated.

In the town of Himreen in eastern Diyala province, riven by sectarian violence since last summer, a car bomb went off near a crowded market and killed three people, police sources said. Another three young men were killed when gunmen opened fire on them in Diyala's capital Baquba, police said.