The deaths brought to 48 the number of fatalities in the last two days. 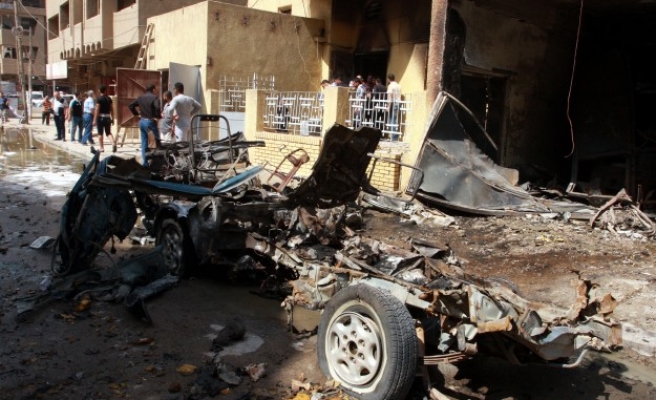 At least 26 people were killed in Iraq on Thursday as militants set off roadside bombs and detonated explosives-packed cars in Baghdad and elsewhere, police said.

The deaths brought to 48 the number of fatalities in the last two days. Armed groups set off multiple bombs by timer or remote control almost daily in the Iraqi capital.

Levels of violence rose to their highest in years in 2013, when nearly 8,000 civilians were killed. Security forces are battling Sunni Muslim insurgents in the western province of Anbar, where militants of the Islamic State of Iraq and the Levant (ISIL) overran the city of Falluja on Jan. 1.

In Karrada, a well-to-do Shi'ite area, a car exploded killing two people and wounding 16, police said. A third parked car blew up in front of the Bab al-Shargi market in central Baghdad, killing two and wounding 10.

A roadside bomb exploded in the Shi'ite working-class district of Sadr City, killing five and wounding 12.

After the attacks, security forces shut two main bridges between eastern and western Baghdad that are close to the Green Zone, home of the Iraqi government and some foreign embassies.

Later, a roadside bomb killed a policeman and wounded eight on Palestine street, a Shi'ite area in eastern Baghdad.

All five attacks hit neighbourhoods that have been battered relentlessly in recent months as ISIL and other militants look to provoke Iraq's Shi'ite majority and discredit the government.

Earlier on Thursday, a bomb killed four people in a cafe in a Shi'ite district of Kanaan, a town in eastern Diyala province, police said. Two bombs also exploded outside Shi'ite homes in Baquba, Diyala's capital, killing one person and wounding three.

A parked car bomb in Mashaada, a Sunni suburb of northern Baghdad, killed four people. ISIL and other militants often attack Sunnis seen as linked to the Shi'ite-led government.

Twenty-two people were killed on Wednesday, most of them in bombings that targeted Karrada and Sadr City in Baghdad.