Car bombs exploded in the cities of Ramadi and Falluja west of the Iraqi capital on Sunday. 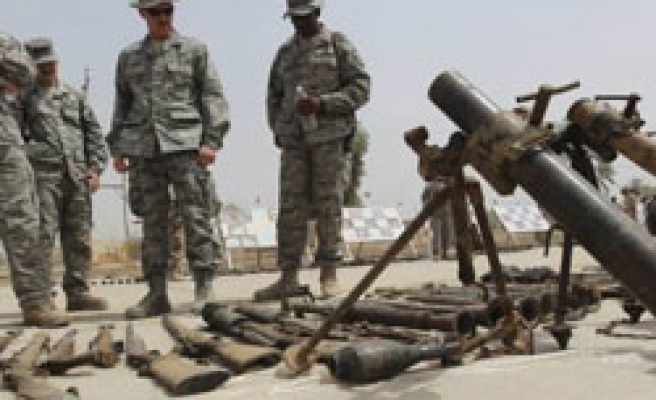 Car bombs exploded in the cities of Ramadi and Falluja west of the Iraqi capital on Sunday, killing at least eight people and wounding dozens of others, police sources said.

The blasts followed three explosions at a busy market in the centre of Iraq's southern oil hub Basra late on Saturday that killed at least 43 and wounded 185, officials said.

The bomb in Ramadi exploded near a restaurant in a busy area on the city's main street, killing at least seven people and wounding another 21, a police source said.

Two other car bombs blew up in Falluja, about 50 km (32 miles) west of Baghdad.

Police said one was left behind by gunmen who robbed a currency exchange merchant of $85,000 at his home. It killed one person and wounded four others, a hospital source said.

The other exploded near a police patrol. A police source said the blast killed two people and wounded 11 others while a hospital source said 10 people were wounded.

In Basra, families tried to identify scores of charred bodies in the morgue of one of Iraq's biggest cities after firefighters spent until late on Saturday extinguishing fierce flames.

A Reuters witness said shops stretching 300 metres (yards) either side of the busy al-Ashaar market were burned out.

"The death toll of the three explosions that hit the market yesterday (Saturday) reached to 43 people killed and 185 wounded," Riyadh Abdulameer, head of Basra's health department, told Reuters, adding this was not the final count.

"There were three terrorist explosions. One of them was a car bomb," said Ali al-Maliki, the head of the security committee in the Basra council.

A security source said one of the explosions was a bomb put under a big generator supplying electricity to many shops in the market.

"Dead bodies were removed by shovels and cranes." said Ali Abdulameer who was waiting at the morgue, searching for the body of his nephew who was killed.

"Dead bodies can't be recognised. Families are quarrelling. Each one says this corpse belongs to me. So far I couldn't find the corpse of my nephew," he added.