Chaos in Iraq under US-Iran hegemony

The Americans cannot accept an Iraqi leader who won’t serve their imperial oil and military interests, while Iran would like to see another Maliki who can be used as a tool for advancing Tehran’s Shiite consolidation foreign policy. 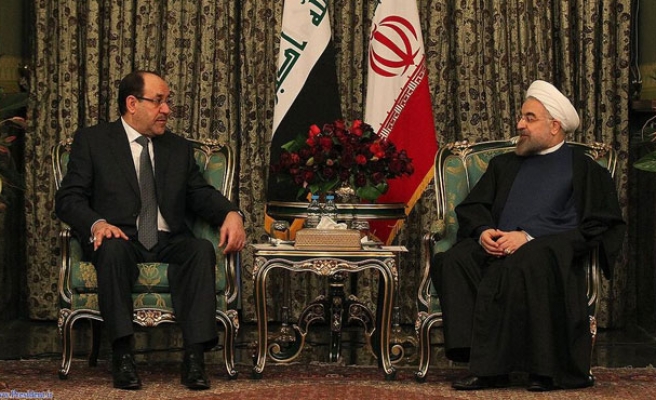 Present-day Iraq occupies the greater part of the ancient land of Mesopotamia. It was created by the British imperial powers in 1922 with the merger of three regions -- Baghdad with mostly Sunni Arabs, Basra the predominantly Shiite Arab region, and Mosul, which was Sunni and ethnically Kurdish. The British succeeded in their imperial designs after the Ottoman Empire receded.

From the first British-installed Iraqi ruler, King Faisal, to the current Nouri Al Maliki regime installed by the US and Iran, Iraq has not seen an amalgamation of its population groups.

The communities are ever divided on sectarian and ethnic lines. Under President Saddam Hussein, the state supported intermarriages and the use of same mosques for Sunni and Shiite prayers, but this ceased after the US invasion of Iraq in 2003.

Also, Saddam’s staunch Arab nationalism grossly deprived Iraq’s Kurds the oil-rich Kirkuk and surrounding areas were forcibly Arabized. This issue continues to be a stumbling block in developing good relations between the central government in Baghdad and Iraqi kurds. However, in the wake of the recent Islamic State of Iraq and Levant (ISIL) push in Mosul, which forced the Iraqi security forces to abandon the city, Baghdad’s authority is no longer visible in the area.

The Anglo-US invasion and Saddam’s overthrow under the false pretext of weapons of mass destruction has only resulted in disasters for the people of Iraq. Since 2003 Iraq has witnessed daily bombings, kidnappings, target-killings and mass executions, claiming more than a million lives. The so-called democracy the US introduced in Iraq has turned out to be worse than the previous dictatorships.

The de-Baathification policy adopted by Nouri Al Maliki was actually his rabid sectarianism aimed at wiping out Sunnis. Baghdad, once a mixed metropolis, became an almost Shiite city as Sunnis were forced to leave the city in the wake of the killings by government-sponsored death squads.

Maliki has waged a two-front war on Sunni Arabs. On the one hand he has cleansed the Sunnis from Iraq’s security apparatus, intelligence and administrative positions with the help of the dubious de-Baathification law. On the other hand he has been removing Sunni political leadership from the mainstream of Iraqi politics to further isolate and terrorize Sunni citizens on the bogus notion of fighting terrorism.

Maliki’s persecution of Sunni politicians further alienated ordinary Sunnis, who thought that if their top leaders could become victims of Maliki’s sectarian assaults, then there was no hope for them under his Iran-supported authoritarianism.

Maliki has been out of control, creating crisis after crisis with his irresponsible actions. He issued an arrest warrant for Sunni vice-president Tariq Al Hashimi, a key figure of the Iraqi Islamic Party when American troops withdrew in December 2011. Maliki’s regime came up with totally ludicrous accusations of terrorist links against the vice-president, who was sentenced to death in absentia in September 2012.

Also in December 2011, Maliki went after the then deputy prime minister Saleh Al Mutlaq -- a Sunni and a member of the Iraqiya political bloc. Maliki had wanted Saleh sued for calling him the new Saddam in a CNN interview. In May 2012, Maliki ended his war on Saleh after numerous failed attempts to have Saleh stripped of immunity by the Parliament.

Two months later Maliki targeted the minister of finance, Rafi Al Issawi, also a Sunni and a member of the then Al Iraqiya bloc, arresting several of his bodyguards and placing him under house arrest. This marked the beginning of the protest movement in Al Anbar, Issawi’s province of origin, led by religious, secular and tribal leaders, demanding peaceful Sunni rehabilitation. The Maliki regime reacted with more violence, showing no will to hold talks to ease tensions.

In April 2013, Maliki launched an offensive on a protest camp in Huweija, west of Kirkuk. The attack caused several dozen deaths and led to a new cycle of Sunni-Shiite tensions. His regime continued similar actions. In December 2013 a prominent Sunni member of Parliament and sheikh, Ahmed Al Alwani, known for his support for demonstrators, was also arrested. Maliki’s forces killed the MP’s brother and sister and five of his guards during the raid on his home in the western city of Ramadi.

Sunni anger, radicalized by years of confrontation with Shiite security forces on top of a decade of stigmatization, reached a critical point. The ISIL used the situation as a leverage to recruit new members, calling for territorial secession and presenting itself as the only viable military and political alternative for the Sunni population of Iraq.

People who took up arms against Maliki's forces in the Sunni dominated provinces are ordinary Iraqis, forced to defend themselves against Maliki’s Shiite militias. Suffering injustice and persecution, Sunnis were left with no option but to ally with any force, and ISIL seems to be the force that can challenge Maliki’s sectarian government in Baghdad.

Maliki’s hateful campaign is also targeting Iraqi Kurds, who predominantly follow Sunni Islam and but supported the Shiite Arabs against the Saddam’s Baathist dominance and his wrong-headed Arab nationalism.

Kurds in the autonomous northern Iraq are also at loggerhead with Maliki’s sectarian policy. All the 63 Kurdish MPs boycotted the emergency session of the Iraqi Parliament to impose emergency after the ISIL onslaught. They are already hoping for total independence from Iraq.

Keeping in mind the geopolitics and economics of the region, mere removal of Maliki would not bring stability, peace and tranquility in Iraq.

The Americans cannot accept an Iraqi leader who won’t serve their imperial oil and military interests, while Iran would like to see another Maliki who can be used as a tool for advancing Tehran’s Shiite consolidation foreign policy. The Gulf monarchies lack a broad vision so they will be content if Iraq’s problems are contained just enough to ensure that there is no threat to their own survival. Their unthinking minds don’t seem concerned that the Western colonialism they are strengthening will ultimately devour them.

Suffice it to say that the integration of Iraqi society into a nation-state seems impossible at this juncture because of divided loyalties and a complex population mix. Though the ISIL assault has determined the fate of the northern Kurdish region and it is clear who holds the southern Shiite region, the struggle is now for central Iraq and the area around Baghdad.

Setting up a loose federation comprising the Shiite south, Sunni central and northern Kurdish region seems to be the only viable solution that will allow Iraqis to live in relative peace and tranquillity without the country’s breakup.