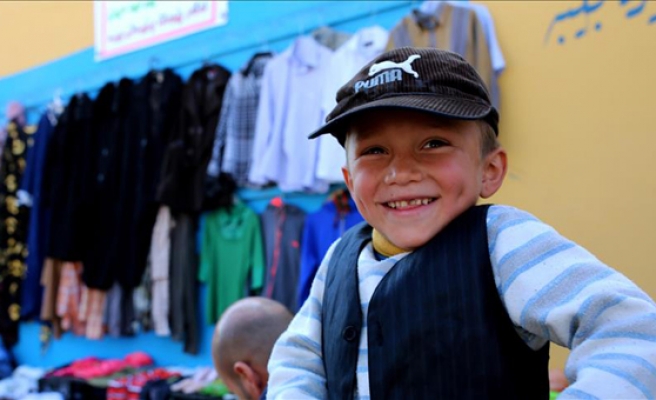 A local resident of Iraq’s northern city of Erbil has begun a project aimed at providing clothing for needy residents of the city.

Resul Saleh set up what he calls the "Charity Wall" on the wall of a building in Erbil’s Bnaslawa district, on which local residents can hang clothes they no longer need for poorer residents to take and use.

The second-hand clothes are available -- for free -- to anyone who needs them.

The wall bears the instructions: "If you don’t need it, leave it here; if you need it, take it".

"The number of those who need help in Bnaslawa is growing day by day," Saleh told Anadolu Agency. "We want these people to feel that they aren’t alone."

Located in Iraq’s northern Kurdish region, Erbil has recently seen a large influx of refugees from war-torn Syria and elsewhere in Iraq.

While the city’s needy residents had initially shown reluctance about taking the clothing on offer, Saleh said, they eventually warmed to the idea.

He added that his "Charity Wall" had been inspired by similar projects he had heard about in other countries.

"The people of Bnaslawa have welcomed the project," he said. "Many of them have come to contribute."

"Now, those who need them come and try on the clothes as if they were at a shopping mall," Saleh beamed, adding: "It’s a great opportunity for residents of the district to help one another."

Saleh now plans to expand the scope of his project to also include books and toys for children.