Iraqi forces are preparing to launch offensive to expel ISIL from Mosul, which was captured by terrorist group in 2014 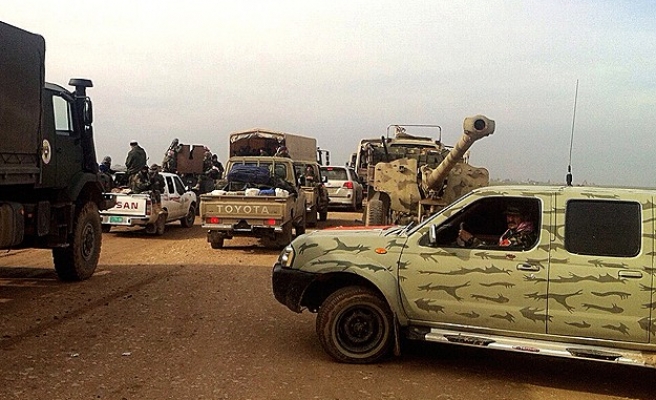 "Intensive airstrikes [by coalition warplanes] have been underway against the headquarters of terrorists in Mosul and its southern outskirts," Nineveh operations commander Maj. Gen. Najim al-Jabouri told Anadolu Agency on Monday.

Iraqi forces are preparing to launch an offensive to expel ISIL from Mosul, which was captured by the terrorist group in 2014.

"Iraqi forces await an order from the general commander of the armed forces [Prime Minister Haidar al-Abadi] to launch the assault," Jabouri said.

He, however, said that "there are no military operations underway on the ground at present."

Iraq has been dogged by a vicious security vacuum since mid-2014, when ISIL overran Mosul – the country’s second largest city – and declared a self-styled “caliphate” in parts of Iraq and Syria.