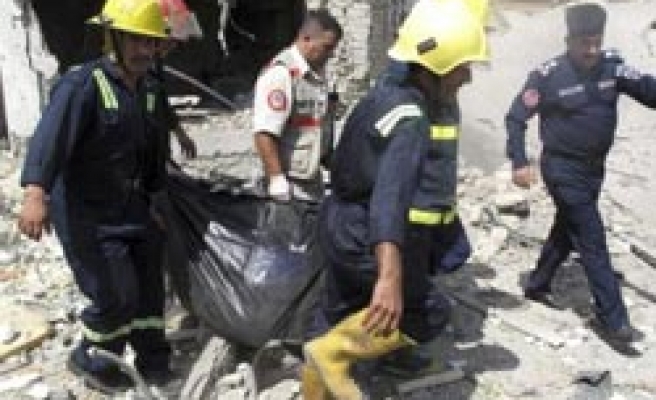 The bomber blew up a mini-van he was driving close to the entrance of Arabiya's office in Baghdad's Harithiya district, killing a cleaner and three guards, city security spokesman Major General Qassim al-Moussawi said. Ten people were wounded.

The Arabiya premises, nearby buildings and several cars were seriously damaged by the blast.

The Dubai-based Arabiya TV also reported four people were killed and said none of them were reporters. The blast wounded at least 16 people, an Interior Ministry source said.

Lawmaker Salam al-Zobai of the cross-sectarian Iraqiya bloc was among the wounded along with five of his security guards, his spokesman said. Zobai's house was near the blast.

The attack occurred a few weeks after Iraqi security forces warned that a number of media including foreign outlets such as Arabiya could be targeted by al Qaeda.

Major General Jihad al-Jabiri, head of the ministry's ordnance department, told Arabiya TV the car was packed with 128 kg (280 pounds) of ammonium nitrate. The blast left a crater in the ground 3.5 metres (7.7 feet) wide and 1.2 (2.6) meters deep, he said.