Three blasts in the Iraqi city of Kerbala killed at least 12 people and wounded 30 more as they lined up outside a local government building, police said on Sunday. 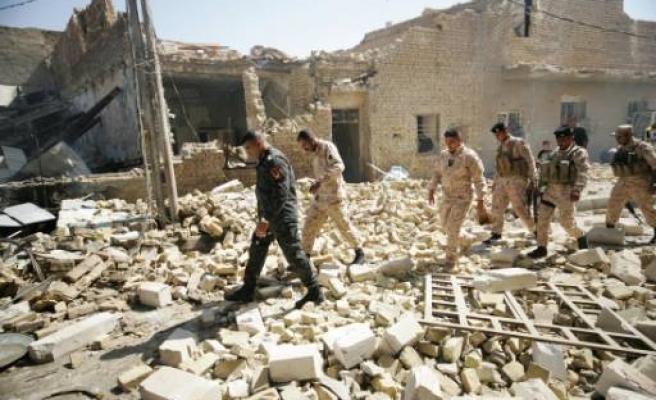 The first bomb ripped through a crowd of guards and civilians gathered in front of an office issuing ID cards and passports, and three other explosions went off shortly after as emergency services arrived to help the wounded, police said.

The blasts, three bombs in cars and explosives attached to a motorbike, tore the fronts off several homes and shops, leaving bodies among the rubble and twisted metal scattered across the street outside.

"I was inside my house when I heard a big explosion. When I got outside I saw many people wounded and some bodies on the ground," said Mohammed Na'eim, a local resident.

A Kerbala police official said 17 people were killed. Health department officials said 45 wounded were treated in Kerbala's main hospital and another 25 were sent to a hospital in the nearby city of Hilla.