An attack killed eight Iraqi soldiers and three other people in a house in the northern Diyala province, police said. 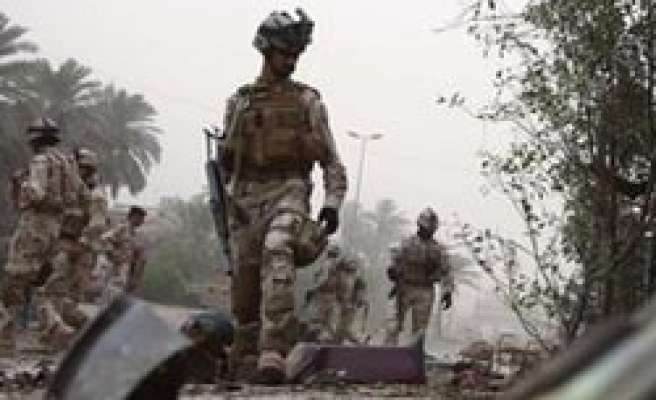 An attack killed eight Iraqi soldiers and three other people in a house in the northern Diyala province on Wednesday, police said.

The soldiers died when a bomb exploded in the early hours, destroying the house in the town of Sadiya, northeast of Diyala's capital Baquba, police said.

A police source said the soldiers had been fired upon from the house in Sadiya, while an Interior Ministry source said they had entered the house acting on a tip that kidnap victims were being held inside.

"The explosion caused the building to collapse. All eight soldiers who entered the house were killed," a police official from the town said.

"Another three dead bodies, two women and a man, were found inside the house," another police source said. "Apparently they were killed by fighters before they left the house."