Dozens of U.S. troops on ground in Iraq's Anbar province

A small group of U.S. troops is conducting a site survey of facilities for potential future use at Ain al-Asad air base, the largest in Anbar 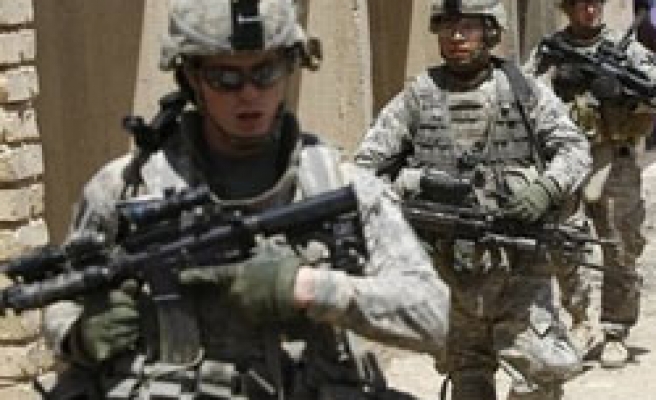 The United States has deployed a team of about 50 troops to an air base in Iraq's fiercely contested Anbar province to lay the groundwork for an advisory mission at the core of its campaign against ISIL militants, officials said on Monday.

President Barack Obama's administration announced last week plans to send up to 1,500 more forces to Iraq, roughly doubling the U.S. troop presence there as it expands its mission and starts training Iraqi forces.

The decision expands the scope of the campaign and the geographic distribution of forces, including the first deployment of U.S. advisers to Iraq's western Anbar province, much of which is controlled by ISIL forces.

As part of those plans, a small group of U.S. troops is conducting a site survey of facilities for potential future use at Ain al-Asad air base, the largest in Anbar, U.S. officials told Reuters.

"I can confirm that approximately 50 U.S. military personnel are visiting al-Asad (air base)," said Colonel Patrick Ryder, a spokesman at the U.S. military's Central Command.

He denied assertions in Iraq that the forces were preparing to arm tribes in the region, but acknowledged that American troops there were prepared to defend themselves.

The al-Asad base supplies tribal fighters and Iraqi forces holding on to the Haditha Dam, a critical piece of Iraq's infrastructure.

Alarmed by the advance of ISIL militants across Iraq, Obama began sending non-combatant troops back into the country in the summer for the first time since he withdrew U.S. forces from Iraq in 2011.

At the time of the withdrawal, the Pentagon boasted of Iraqi military capabilities. But Iraqi forces crumbled in the face of ISIL's offensive, exposing the toll sectarian strains and mismanagement took on the military.

U.S. officials hope the new training effort can begin in earnest in a couple of months.