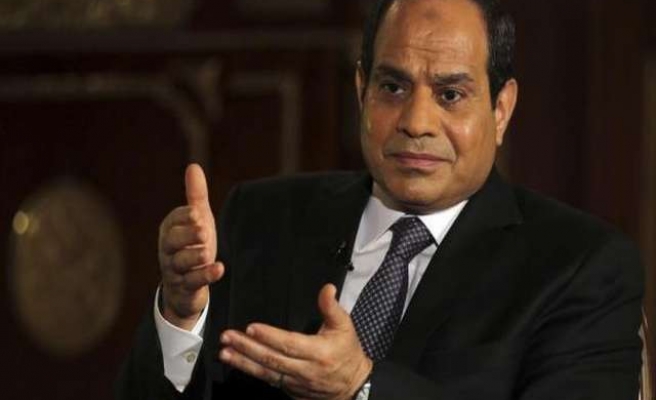 Egyptian President Abdel-Fattah al-Sisi on Tuesday offered to assist the Iraqi government in a phone call he received from Iraqi Prime Minister Nouri al-Maliki, according to a Tuesday statement by Egypt's presidency.

Al-Sisi "expressed his deep concern over recent developments in Iraq that signal grave threats to its unity and stability," presidential spokesman Ehab Badawi said in a press statement.

Al-Sisi, however, also stressed the need for a political solution between Iraq's rival camps, according to the spokesman.

"Al-Maliki said he appreciated Egypt's stance regarding developments in Iraq and expressed his keenness to stay in contact with the Egyptian president," Badawi said.

Iraq entered a new phase of confrontation with militants last month when a number of Sunni groups, led by the Islamic State of Iraq and Levant (ISIL), advanced into two key northern provinces, forcing the Iraqi army to beat a hasty retreat.

Since the violence intensified earlier this month, thousands of local residents have fled their homes in the two predominantly-Sunni provinces.

The crisis – which remains ongoing – has drawn international attention, with neighboring Saudi Arabia, Kuwait and Jordan all on high alert fearing the possible infiltration of their borders by the ISIL.

Egypt's President Abdel-Fattah al-Sisi has pledged during a phone call with Palestinian Authority President Mahmoud Abbas to seek a ceasefire in the Gaza Strip.

Al-Sisi said Egypt seeks "to halt escalations and works to reach a ceasefire at soon as possible", according to the Palestinian Wafa news agency.

Abbas, for his part, discussed means of halting Israeli escalations in the Gaza Strip and underlined the need to abide by a 2012 ceasefire between the Palestinian factions and Israel.

In 2012, Egypt brokered a ceasefire between the Palestinians and Israel, under which the latter halted an eight-day offensive, which left scores of Palestinians dead.

The Egyptian Presidency, meanwhile, said that al-Sisi received a phone call from Abbas during which they discussed the latest developments in the Palestinian territories.

In a statement, the Presidency said that Egypt was holding contacts with all stakeholders to halt Israeli military operations and stop what it described as "provocative" measures to help resume the peace process.

At least 23 Palestinians were killed and scores injured in Israeli attacks across the Gaza Strip on Tuesday.