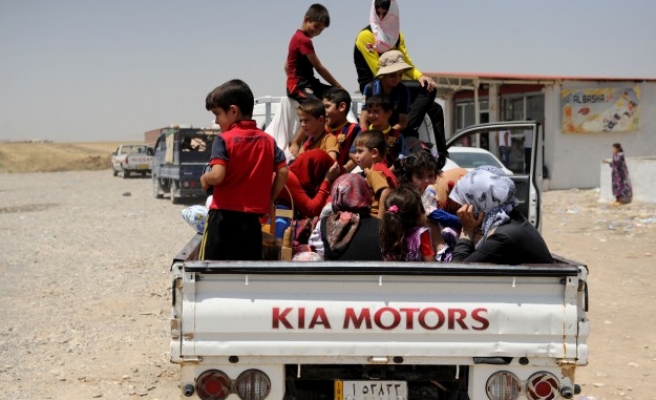 Ezidis who fled Iraq due to the threat of ISIL are unable to claim their share of Iraq's petrol revenues, a Turkish refugee camp official told an Anadolu Agency reporter on Tuesday.

Ismail Hidir, who is responsible for Ezidi refugees in Diyarbakir, said that each Ezidi family in Iraq should be paid around $800 on a monthly basis, with the money being taken from Iraq's petrol revenues.

Some 30,000 Ezidis have been accommodated in a number of refugee camps in Diyarbakir -- a province in southeastern Turkey.

The camp staff said that the Ezidis could not go to Iraq to collect the money because of the ISIL attacks in the region.

Violence instigated by ISIL militants claimed the lives of more than 1,400 people in August alone, and forced 1.2 million Iraqis -- including Turkmen, Arabs, Christians and Ezidis -- to flee their homes.

The U.S. is leading an international coalition, which includes France, Germany, and Saudi Arabia, among others, and has carried out numerous airstrikes against ISIL in Iraq and Syria, where the militants control large swathes of territory.