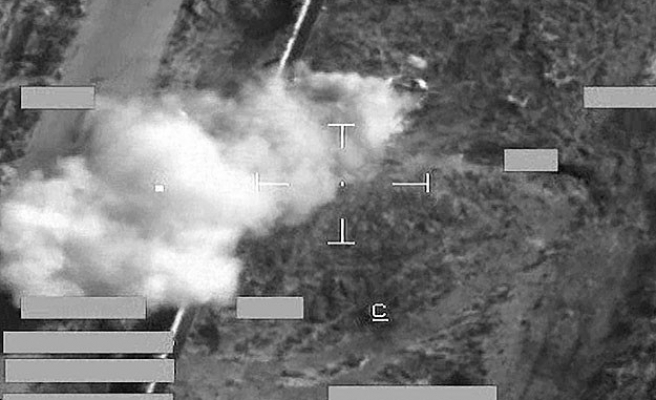 France's defence ministry said on Wednesday that two Rafale jets had struck ISIL targets alongside coalition planes near the northern Iraqi oil city of Kirkuk in an effort to breach the group's frontlines.

Two Dassault-built Rafale fighters, both armed with four missiles, targeted trenches used by ISIL to besiege the city at around 0330 GMT, the ministry said in a statement.

"This action was carried out simultaneously with our allies to create a breach in the defensive positions held by the terrorists on the frontline between Iraqi forces and ISIL," the ministry said.

Officials have told Reuters that Paris is set to send Mirage fighter jets to Jordan to increase the number of missions against ISIL.

France currently has nine fighter jets, a maritime patrol aircraft, an AWACS reconnaissance aircraft and a refuelling plane at its base in the United Arab Emirates as part of its "Chammal" Iraq mission, as well as a warship in the Gulf.