French officials say the coalition plan must go beyond military and humanitarian action, arguing there must also be a political plan for once militant group has been weakened in Iraq. 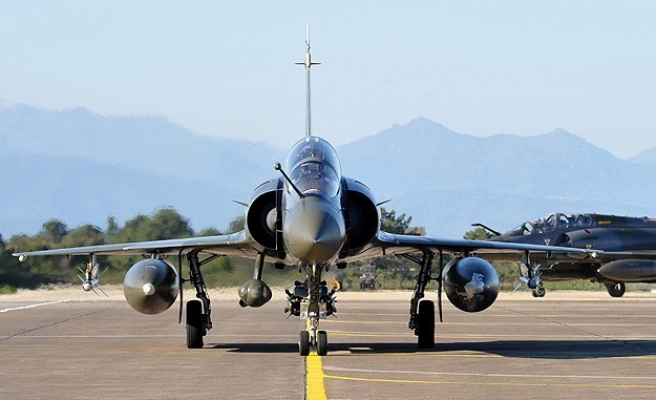 French aircraft will begin reconnaissance flights over Iraq on Monday, Foreign Minister Laurent Fabius said before a conference bringing together some 30 countries to discuss how to fight against ISIL militants.

"We told the Iraqis we were available and asked them for authorisation (to fly over Iraq)," Fabius told France Inter radio.

Foreign ministers from the main European states, the five permanent members of the U.N. Security Council, Iraq's neighbours and Gulf Arab states Qatar, Saudi Arabia, Kuwait and the UAE, are in Paris to discuss broad political, security and humanitarian aspects of tackling ISIL.

"They must intervene quickly because they are late," Iraq President Fouad Masoum told Europe 1 referring to military support in Iraq. "If this intervention and support to Iraq is late, that means that Islamic State could occupy more territory and threat it poses will be even bigger."

French officials say the coalition plan must go beyond military and humanitarian action, arguing there must also be a political plan for once militant group has been weakened in Iraq.

They argue that the 2003 US-led intervention in Iraq, in which Paris did not participate, ultimately contributed to the current crisis because it lacked a long-term vision for the different strands of Iraqi society.

France has said it is ready to join U.S. air strikes in Iraq but says legal and military limitations make it more difficult in Syria, where ISIL's main powerbase lies.

Defence Minister Jean-Yves Le Drian was in the United Arab Emirates on Monday where Paris has a military base including six Rafale fighters jets.

"The cost of inaction would be to say to these butchers 'go ahead, you have a free pass'. We won't accept that," Fabius said.