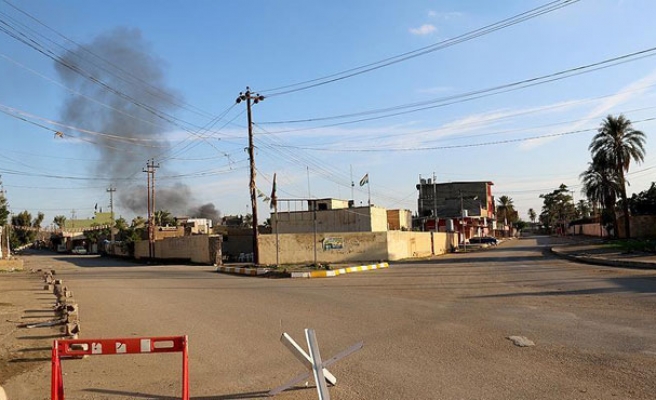 Weeks after the north held an illegitimate referendum, Iran has closed its border gates with the northern Iraqi Kurdish administration at the request of Baghdad, Iraq’s Foreign Ministry said Sunday.

In a statement, ministry spokesperson Ahmad Mahcub said: “Iran has closed its border gates with the Kurdish Regional Government [KRG] at the request of the central [Iraqi] government.”

Mahcub cited Iraq’s unity and sovereignty, alongside the control of its airspace, as the reason for the move.

Earlier Sunday, Iran denied reports that it had shut down a main border crossing with northern Iraq’s Kurdish region.

"As we announced before, Iran closed its airspace with the Kurdish region at the request of the Iraqi government,” Iran’s ISNA news agency quoted Foreign Ministry spokesman Bahram Qassemi as saying.

He said Tehran had not taken any other steps.

Ali Tawfiq, director of the facility, told reporters that Iran had shut down a main border crossing with the Kurdish region.

“Iranian authorities have closed the crossing near al-Sulaymaniyah province,” he said.

“The closure has halted the movement of goods and people into and from the Kurdish region,” Tawfiq added.

Iran has three main crossings with the Kurdish region: Haji Omaran (in the Erbil province), Parwezkhan, and Bashmaq.

Tension has been on the rise between Erbil and Baghdad since last month when the KRG held an illegitimate referendum for independence from Iraq.

The Sept. 25 illegitimate poll was strongly opposed by most regional and international actors -- including the U.S., Turkey, and Iran -- who warned that it would distract from Iraq’s fight against terrorism and further destabilize the region.

In the immediate aftermath of the illegitimate referendum, Baghdad banned international flights from entering KRG-controlled areas and closed all foreign diplomatic missions based in the Kurdish region.

Last month, Iranian authorities announced the closure of its airspace with the Kurdish region at the request of the Iraqi government.