Speaking on live television, Rouhani said many people had signed up to go to Iraq to defend the sites and "put the terrorists in their place". 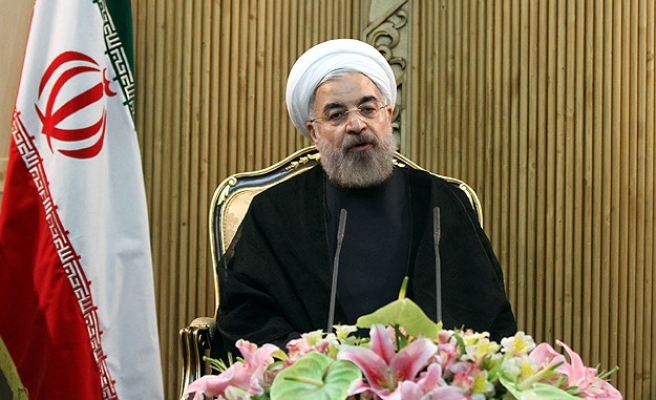 Iran will not hesitate to defend Shi'ite Muslim holy sites in neighbouring Iraq against "killers and terrorists", Iranian President Hassan Rouhani said on Wednesday, following rapid advances by the self-styled Islamic State of Iraq and the Levant (ISIL) there over the past week.

Speaking on live television, Rouhani said many people had signed up to go to Iraq to defend the sites and "put the terrorists in their place". He added that veteran fighters from Iraq's Sunni, Shi'ite and Kurdish communities were also "ready for sacrifice" against these militant forces.

"Regarding the holy Shia shines in Karbala, Najaf, Khadhimiya and Samarra, we announce to the killers and terrorists that the big Iranian nation will not hesitate to protect holy shrines," he said, speaking to a crowd on a visit to western Lorestan province.

"These terrorist groups, and those that fund them, both in the region and in the international arena, are nothing, and hopefully they will be put in their own place."

Rouhani said on Saturday that Iran had never dispatched any forces to Iraq and it was very unlikely it ever would. Western diplomats suspect Iran has in the past sent some of its Revolutionary Guards, a hardline force that works in parallel with the army, to advise the Iraqi army or its militia allies.

Iraqi Shi'ite and Sunni political leaders made a joint call for national unity on Tuesday after a closed-door meeting called after a week of sectarian violence that saw ISIL militants seize northern cities.