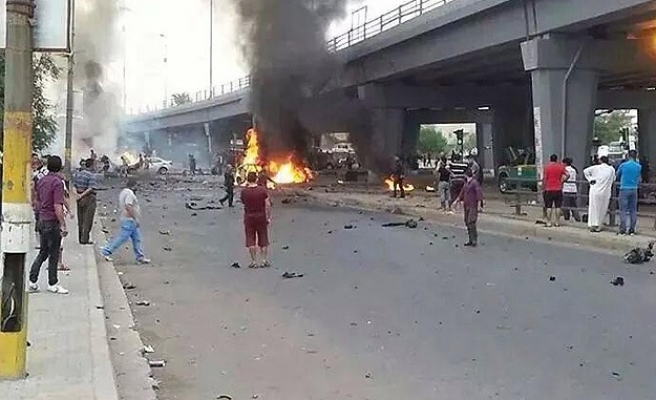 World Bulletin / News Desk
Five people have been killed and 18 others wounded Saturday in four separate attacks in the Iraqi capital of Baghdad, police said.

One person was killed and five others wounded when an improvised explosive device exploded in the al-Amiriyah area in western Baghdad.

Another went off in the al-Zafaraniyah area in southeastern Baghdad. Two people were killed and nine others wounded.

In a minibus in al-Mahmoudiya area, four people were wounded when the improvised explosive device blew up, a police captain said.

In addition, the bodies of two women were found behind a marketplace in the al-Doura area in southern Baghdad. The women were shot in the head and chest.

The death toll could not be independently verified.

Iraqi troops are fighting against ISIL, supported by a U.S.-led coalition that has been conducting airstrikes against the extremist group for five months.

Iraq has been gripped by a security vacuum since June 2014 when ISIL stormed the northern province of Mosul and declared what it calls a caliphate in Iraq and Syria.