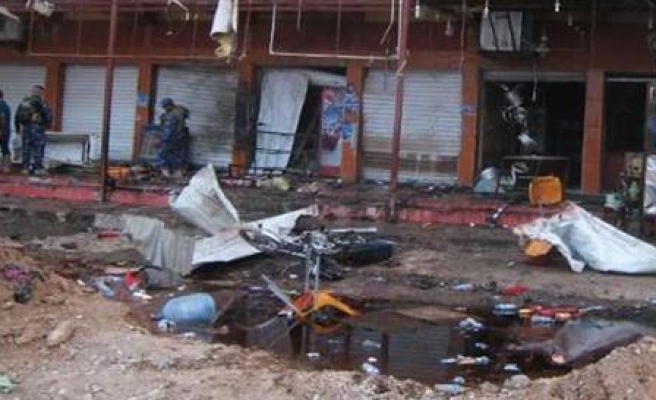 Fifteen civilians were killed and five others injured on Monday when the Iraqi army shelled residential areas of Iraq's western city of Fallujah.

Spokesman for the state-run Fallujah General Hospital Wessam al-Essawi told Anadolu Agency that his hospital had received the bodies of 15 victims whose homes had come under mortar fire.

Al-Essawi added that five injured civilians were also receiving treatment at the hospital.

AA could not obtain immediate comments from the Iraqi army regarding the army shelling.

Since last December, the Iraqi army has been battling rebels in the western Anbar province – of which Fallujah is a key city.

Since the offensive began late last year, hundreds of civilians have been killed and injured in Fallujah and Ramadi, according to government officials.

Fallujah has been largely inaccessible to Iraqi security forces since rebels from the Islamic State of Iraq and Levant (ISIL) group – whom the government says is linked to al-Qaeda – seized control of the city.

Three Iraqi soldiers were killed and 13 people injured on Monday in a bombing in the northern province of Saladin, a local security official said.

He said the attack occurred near a restaurant in the northern town of Tuz Khormato.

The volatile town of Tuz Khormato has recently seen a series of bombings that had claimed scores of lives.