Iraq: Baghdad-Erbil accord over oil sales breaking down

Disputes ongoing over amount of oil provided by Kurdish Regional Government and amount of money budgeted for Iraqi Kurdish region. 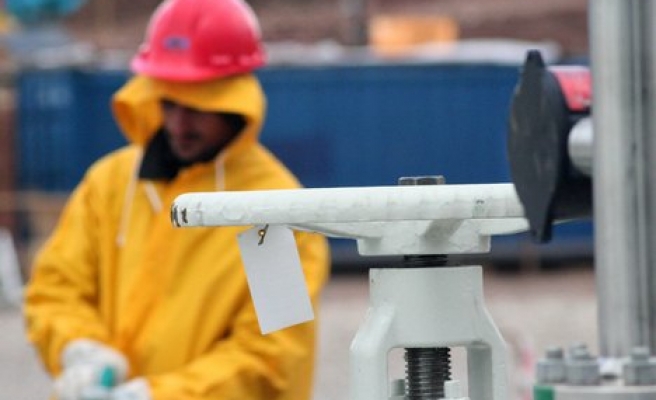 World Bulletin / News Desk
The Dec. 5 oil-revenue sharing agreement between the Kurdish Regional Government, or KRG, and the Iraqi central government is unwinding, observers and experts said on Tuesday.

“The KRG is not shipping the amount of oil stated in the agreement to SOMO, the Iraqi state marketing authority," explained Richard Mallinson, a senior analyst with think tank Energy Aspects in London. “Only 400,000 of the 500,000 tons due in January were sent.”

The Iraqi government has also not met payments to Erbil, Mallinson said. “Less than $300 million of the $500 million due have been paid. The KRG is painfully short of funds and cannot keep the agreement for much longer if it is to meet public payments. Altogether, there is a lack of trust between the two parties that is causing the agreement to break down.”

Regional policy expert Schwan Zulal told AA that KRG cannot afford to wait more than two weeks longer without taking payment for oil sales.“The KRG has commitments to businesses and public servants that are not being met, as well as overdue payments to oil services suppliers,” Zulal pointed out. “But the breakdown of trust between Erbil and Baghdad is making oil revenue sharing less and less likely,” he added.

The KRG also feels that it cannot trust Baghdad. “There is not even enough in the Iraqi budget to meet our needs and we should find a way to solve the issue,” Qubad Talabani, the deputy prime minister of KRG, said in a press conference on Tuesday.

There is little trust on Baghdad’s side as well. Members of the State of Law parliamentary coalition and the Financial Committee in the Iraqi parliament in Baghdad have repeatedly accused the KRG of delaying the repayment of $31 billion worth of oil revenues to the federal government dating back to Nouri Al-Maliki’s two terms as prime minister of the country from 2006–2014. Earlier, in debates on the Iraqi 2015 budget in January, Baghdad lawmakers sought to put a statement in the budget document explicitly prohibiting the KRG from exporting oil on its own.

The two sides cannot even calculate the amounts of oil exports in the same way.

“There is a dispute about the way of exporting oil to Baghdad. The northern government thinks that it is better to calculate the exported amount every three months while central government prefers to calculate it monthly,” Masoud Haidar, a member of the Kurdish committee, said in a press conference.

The need for funds is acute on both sides. “The government will be forced to spend its currency reserves,” warned Renad Mansour, an analyst at the Carnegie Middle East Center in Beirut. “This is dangerous for the stability of the country and its currency.”

The government of Haider al-Abadi is obliged to spend more than 50 percent of the country’s budget on the war against ISIL. Nearly 85 percent of those funds must come from oil exports. With the price of oil at an extreme low, it has been unable to make payments to oil companies, and is trying to renegotiate payment periods.

Ali Shukri, an MP for the Liberal Bloc and former Minister of Planning, told IraqiNews.com on Feb. 4 that Iraq would lose $4 billion a month due to the drop in oil prices.  The financial and economic committees are working to reduce the expenses of ministries to reduce the shortfall from the general budget, but this is not easy, as nearly 6 million Iraqis receive salaries from the state. The government has already decided to only pay civil servant salaries every 40 days, on a cumulative basis.

The Iraqi government needs to fund a massive military effort against a well-organized and well-funded ISIL, and must provide for millions of displaced people and refugees. It also must continue to fund fuel, food and electricity subsidies, its huge payroll, and make distributions of money to fractious local governments – all of which are impossible to reverse without risking political upheaval and broad instability.

Given the parlous state of the Iraqi economy, and the KRG’s immediate need for funds, time pressure on the oil revenue sharing agreement is building up fast, Mallinson said.

Both Erbil and Baghdad have declared their “commitment” to the agreement after KRG leader Nechirvan Barzani met with Iraqi Prime Minister Haider al-Abadi in Baghdad on Wednesday.

“Both sides are hewing to the political line,” Zulal said. “But time is running out on this agreement, which is likely to suffer the same fate of previous agreements between Baghdad and Erbil – to fail.”