Attacks in Anbar reportedly kill 29 militants, with leadership figures among the dead 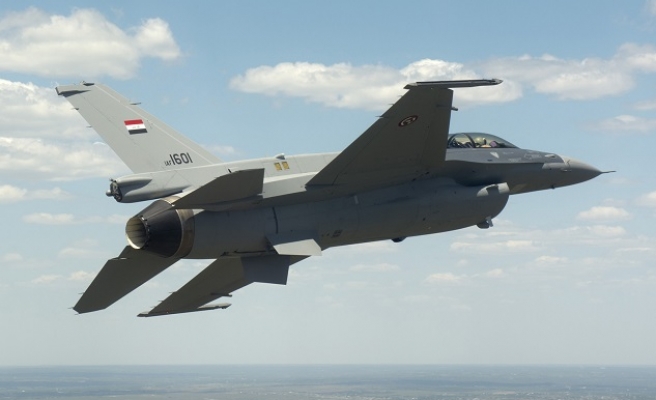 The Iraqi Defense Ministry on Sunday said it had carried out two airstrikes on ISIL strongholds in Anbar province, killing at least 29 militants.

The military said the dead included senior operatives and other figures thought to be close to the organization's leadership.

In a statement, the ministry said the first strike had targeted "a security meeting for the leaders of ISIL in the town of Al-Qaim [on the Iraqi-Syrian border] which led to the killing of 16 members of ISIL".

The ministry named a number of individuals it said died or were injured in the assaults.

Among them were Abu Suleiman al-Shishani – responsible for the brigade of Al-Kharasani; Zia Zoba’a al-Hardani – a temporary administrator for ISIL’s so-called ‘State of the Euphrates’; and Abu Ahmed al-Janoobi – a former major in the Iraqi army and courier for ISIL leader Abu Bakr al-Baghdadi.

The ministry said Abu Anas al-Samarrai – a ISIL ‘war minister’ – was hurt in the attack.

In the second airstrike, the Iraqi military targeted the camp of ‘Sheikh Abu Ayyub,’ in Rawa, near the Syrian border to the south of Anbar.

The ministry indicated that its sources confirmed that most of the injured were transferred to the hospital of Rawa, while vehicles were seen ferrying a number of injured foreigners into Syrian territory.