Iraqi cleric Moqtada al-Sadr on Saturday urged his followers to step up pro-reform rallies by setting up tents in front of Baghdad's “Green Zone” and camping out until their demands are met. 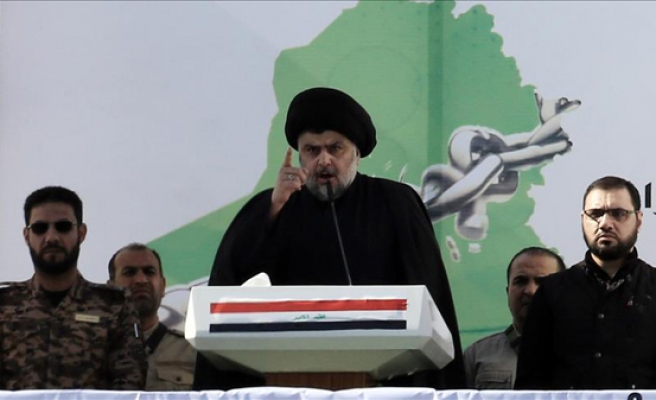 Prominent Shia cleric Moqtada al-Sadr on Saturday called on supporters to stage a sit-in outside Baghdad’s Green Zone -- an apparent reversal of earlier pledges to keep his followers away from the international zone.

"Every Iraqi who is loyal to the country must rise up and begin a new phase of peaceful protest… by holding a sit-in in front of the gates of the Green Zone until the end of the prescribed period, by which I mean the 45 days," al-Sadr declared in a statement.

On Feb. 12, al-Sadr gave the government of Prime Minister Haidar al-Abadi 45 days to draw up a non-sectarian-based government of technocrats mandated with uprooting official corruption and streamlining state bureaucracy.

Last week, he warned that his followers would storm Baghdad’s Green Zone -- which houses government institutions and foreign embassies -- if the deadline passed without the demands being met.

On Friday, tens of thousands of al-Sadr's followers demonstrated in Baghdad and Iraq’s southern provinces -- for the third week in a row -- to reiterate their demands.

Abdul Aziz al-Zalmi, a member of Iraq’s Al-Ahrar bloc, a Sadrist Shia political coalition, attributed al-Sadr's calls for a sit-in outside the Green Zone to "the lack of seriousness on the part of the government in carrying out the promised reforms".

"Now," al-Zalmi told Anadolu Agency, "the government must confront the street, which demands a new government of non-partisan technocrats."